Four-time PGA Tour winner Max Homa has been named as the latest member of the Player Advisory Council, filling the positions vacated by two LIV players. 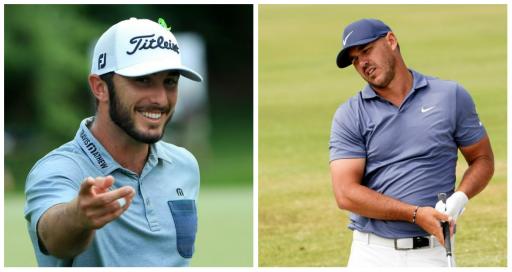 Homa, 31, has been named as the latest addition to the Tour's Player Advisory Council [PAC], according to a report by Golf Channel.

He is not the only new appointee. Brandt Snedeker and Kevin Streelman have also been named as the new additions for the remainder of the season.

Homa and Snedeker have replaced the vacated positions previously held by LIV Golf Invitational Series players Brooks Koepka and Graeme McDowell, after they joined the Saudi-backed rival earlier in the year.

There was also a separate election to fill Paul Casey's spot. The Englishman, 45, also joined LIV Golf, making his debut in the controversial series at their Bedminster event in New Jersey.

Mitchell and Streelman get the same number of votes and so they have both been added to the PAC.

The PAC advises and consults with the PGA Tour's board of directors and the commissioner over Jay Monahan on issues affecting the established American circuit.

Of course, there are more than a few things to discuss at present after an antitrust lawsuit was finally lodged against the PGA Tour.

Homa, Snedeker and Mitchell will be first time members of the PAC. Streelman has served as a co-chairman in 2016 and also had a stint as a player / director between 2017-2019.

Elsewhere, Peter Malnati and Webb Simpson will replace James Hahn and Kevin Kisner as player / directors next year and will serve three-year terms.

Patrick Cantlay, who is also linked with LIV Golf, will join the Policy Board as a fifth player / director.

Who is on the Players Advisory Council?

Next page: JT involved in spicy argument with Zalatoris' coach