Netflix producer Chad Mumm couldn't contain his excitement for the Drive to Survive-style documentary series on the PGA Tour out in early 2023. 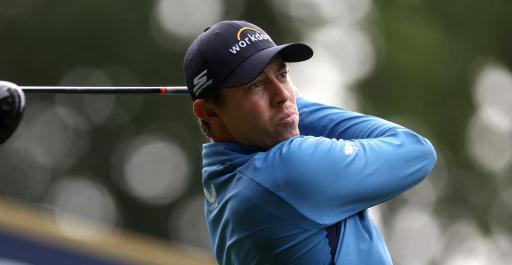 One of the Netflix producers working on the new PGA Tour documentary has stoked excitement and anticipation for the Drive to Survive-style series set to come out in 2023.

Chad Mumm, the chief creative officer at Vox Media Studios, tweeted on Tuesday night to comment on how 2022 has been a particularly good year to produce a series on professional golf.

"I try to manage expectations in general but having lived through it this year and now having sat through hours of edits and footage I can confidently say this was a good year to make a show about pro golf," Mumm wrote.

"There will be memes. I’ll leave it at that."

The documentary series, inspired by the popular Formula One show on Netflix, will likely show the changing landscape of the sport from the emergence of LIV Golf to the legal battle between the new league and the PGA Tour.

I try to manage expectations in general but having lived through it this year and now having sat through hours of edits and footage I can confidently say this was a good year to make a show about pro golf.

The Saudi-backed series, commissioned by Greg Norman, has attracted some of the most recognisable players in the sport with hugely lucrative contracts and now, they could be eligible for ranking points on the MENA Tour.

The first LIV Golf event took place at the start of June and this week, Stonehill Golf Course in Thailand is hosting the sixth event of the controversial tour.

2022 also saw the competitive return of Tiger Woods. The 15-time major champion played at The Masters, the US PGA Championship and he said farewell to the St Andrews crowd at The 150th Open.

On Monday, Justin Thomas spoke about the upcoming Netflix show on The Tonight Show. The two-time major champion is one of many players set to feature in the access-all-areas programme.

"When I'm on the golf course, that's what I do so I'm very comfortable in that atmosphere. I think it's going to be great. It's going to be on Netflix in early 2023," he said.

"It's just going to give a lot of people (the opportunity) outside of golf to take a look inside of golfer's lives. Just more of the day-to-day. They had moments where they're in the car with me driving to the golf course or they're watching me work out, or they're having dinner with some guys."