Peter Kostis BLASTS the PGA Tour: "They don't give a RATS A**!"

Peter Kostis has grilled the PGA Tour for favouring sponsorship and marketing over quality of content. 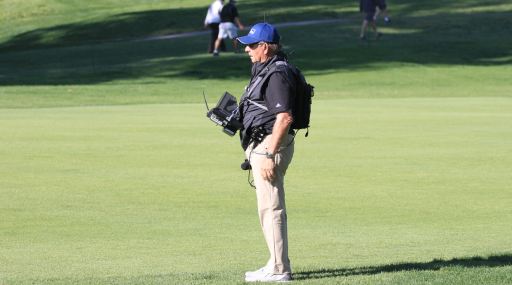 When Peter Costis and Gary McCord were sacked from CBS Golf, golf fans around the world couldn’t understand why the American broadcasters made the decision to remove two of the most experienced and most popular golf personalities from its team.

What followed was pretty messy, with both Kostis and McCord speaking out about CBS’ decision and the lack of respect that was shown throughout the process.

CBS Golf has come under the firing line in recent weeks, especially after their disastrous coverage of the Genesis Invitational.

Kostis recently starred as the latest guest on the No Laying Up podcast and was asked about the current issues at CBS Golf and why they felt they needed a shake-up.

“I honestly think and this is my opinion, and it’s been corroborated by some inside sources, that it was the Tour that told CBS to get younger,” said Kostis. “I think the Tour had an issue with me not being a cheerleader and I think they had an issue with Gary as well.

“Gary and I have put, collectively, 65 years into CBS Golf and to not be told why you’re not being renewed and not having an explanation, that’s a bit frustrating.”

Since leaving CBS Golf, Kostis has been much more active on social media and has been able to speak more freely about the PGA Tour.

Relating back to his time at CBS, Kostis revealed how during a post-tournament interview with a rookie who had just won for the first time, he congratulated the young golfer on securing two more years on the Tour and qualifying for the Masters.

Kostis then explained that he received a phone call where he was informed that higher powers on the PGA Tour were upset that he hadn’t congratulated the player on winning 500 FedEx Cup points.

“Well I said ‘you know what, I would be willing to bet my entire self worth - whatever that is - that the first thought that crossed that kid mind wasn’t wow I’ve just won 500 FedEx Cup points.

“He knows he’s got a job secured for two years and he’s going to play in the Masters, that’s what everybody thinks.

“I’m not going to be disingenuous and just pump up FedEx and be a spokesman for the Tour, I don’t work for the Tour.”

Kostis then explained that he was told not to do it again and to spite the PGA Tour, he did just that.

LISTEN TO THE FULL PODCAST ON SPOTIFY

Later that season, Kostis was then removed from post-tournament interviews in what he believes was meant to be a ‘punishment.’

What followed from Kostis on the podcast was an in-depth rant about the PGA Tour and its focus on sponsorship over quality of content.

“The Tour wants more control on what’s being said. They want more cheerleaders on the telecast, more people who are going to ‘promote the Tour’s product’, which okay now we’re bridging into the stuff that people are really upset about, you know the quality of the telecast.

“I will say this, from the bottom of my heart I believe this, that no one, in management of a network or at the leadership of the PGA Tour gives a rats ass about the quality of the telecast.