PGA Tour snap up Kim on special membership | Is this a swipe at LIV?

South Korean Jooyung Kim has accepted a special temporary membership on the PGA Tour, which could be perceived as a swipe at LIV Golf. 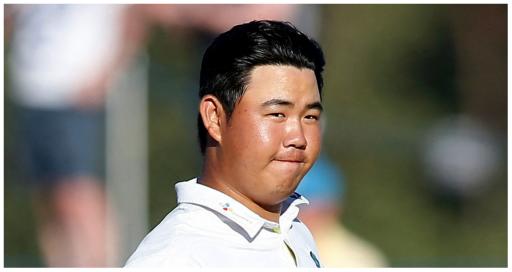 South Korea's Jooyung Kim has accepted a special temporary membership on the PGA Tour for the remainder of the season, in what could be perceived as a swipe at LIV Golf.

The impressive youngster, who performed well at the Genesis Scottish Open and again at the 150th Open Championship, is now eligible for unlimited sponsor exemptions for the rest of the campaign as he seeks to earn his PGA Tour card for next year.

Kim has already accepted a sponsor exemption into this week's 3M Open which is being played at TPC Twin Cities in Blaine, Minnesota. The defending champion is Cameron Champ.

"I've worked really hard to get to this point, and now I have more work ahead of me to earn full PGA Tour status for 2023," Kim said.

"It has always been a dream of mine to play the PGA Tour and I am very grateful to 3M for giving me this opportunity to compete."

Kim is currently ranked No. 40 in the Official World Golf Ranking.

He has made six starts on the PGA Tour this season - the highlight of which was finishing third at The Renaissance Club at the co-sanctioned Scottish Open in the lead up to the landmark major.

Elsewhere, he has also finished inside the top-25 at the AT&T Byron Nelson and the U.S. Open at The Country Club at Brookline.

He made the cut last week at the home of golf, finishing T-47 on 5-under par.

More: Rory McIlroy's tears after major misery at The Open

The decision to award the 20-year-old this special membership could legitimately been seen as a swipe to LIV Golf and their chief executive Greg Norman.

LIV is also bankrolling an "International Series" of events on the Asian Tour.

Kim has played in these events before and clearly would have been a target for LIV.

To earn his full PGA Tour card for the 2022-23 season, Kim must earn as many or more non-member FedEx Cup points as the final eligible player from the 2021-2022 standings.

Special temporary members are not eligible for the FedEx Cup Playoffs, however.

Next page: Henrik Stenson in final meeting over LIV Golf