The first six players of the US team and the first eight players of the International team have been confirmed for the Presidents Cup at the end of September. 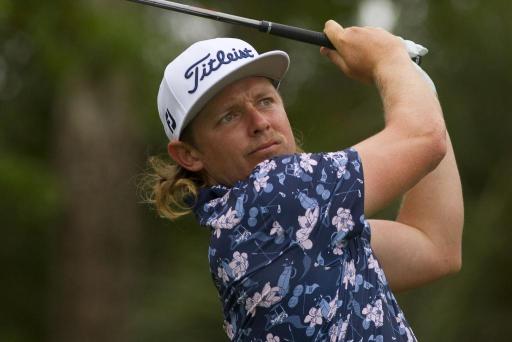 As we approach the end of the 2022 PGA Tour season, the Tour Championship doesn't quite represent the finale with the Presidents Cup coming up at the end of September.

From the conclusion of the BMW Championship, which was won by Patrick Cantlay at Wilmington Country Club, we have now seen the US and International teams take shape.

Love III, who has captained America both successfully and unsuccessfully at the Ryder Cup, will make his six captain's picks on September 7. These six players have been chosen because they have earned the most points in the FedEx Cup standings since the 2019 Military Tribute at the Greenbrier.

The likes of Will Zalatoris, Jordan Spieth, Collin Morikawa and Cameron Young are expected to be chosen as part of the second half of the American team.

As we are all aware, many American players who have joined the LIV Golf Tour have been removed from the rankings. Dustin Johnson, Brooks Koepka and Bryson DeChambeau are all players who could've qualified had they stayed on the PGA Tour.

Louis Oosthuizen, Branden Grace and Charl Schwartzel are all big names to be removed from the standings as well, but notice that Smith is still included.

This is because despite his move to the LIV Golf Series being all but confirmed, LIV Golf has not officially announced the acquisition and this also makes him still eligible to play in the FedEx Cup Playoffs.

Smith, who won The 150th Open Championship at St Andrews in July, has refused to comment on his future. The rumour is that the 28-year-old has been offered a $100 million fee.

The Presidents Cup will start on September 22 and will be hosted by Quail Hollow Golf Club in North Carolina. The USA won the last renewal in 2019 16-14 at Royal Melbourne.