Bryson DeChambeau releases statement: "Why not live a life worth dying for?"

Bryson DeChambeau has released a statement appearing to address some of the criticism he has faced since joining LIV Golf. 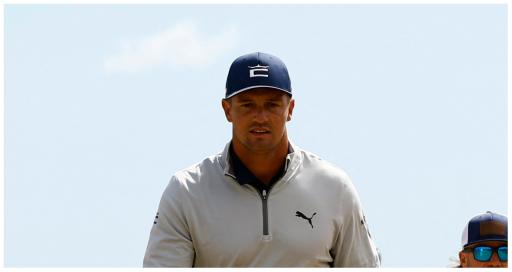 Bryson DeChambeau has released a statement saying "I hope everyone gets the chance to fairly see who I am one day" in the wake of almost causing an almighty upset at the Pro Long Drive World Championship.

DeChambeau, 29, made it to the final two of the world championship event where he lost out to Germany's Martin Borgmeier.

The American - who was mocked earlier in the week by PGA Tour pros Shane Lowry and Justin Thomas over his gallery rope video - says "no matter what anyone thinks of me I can promise you I will always give you my all".

His comments appear to address some of the criticism he has faced since joining the LIV Golf Invitational Series.

DeChambeau made his debut in Greg Norman's league in their second $25m event in Portland, Oregon.

At the time of writing, DeChambeau was one of three players who still remains a plaintiff in the antitrust lawsuit against the PGA Tour.

The other players who remain involved are Matt Jones and Peter Uihlein. As many as eight players - including the likes of Phil Mickelson - have withdrawn from legal proceedings.

Though LIV Golf have added themselves to the suit.

Earlier in the week, the PGA Tour filed their own lawsuit against LIV, alleging Mickelson and the aforementioned DeChambeau acted as "recruiters" for LIV Golf.

DeChambeau previously made headlines when he ultimately thanked Tiger Woods for creating the opportunity for LIV Golf to exist.

Earlier in the year, he also claimed that he "personally knew" that the issues between the PGA Tour and LIV would be resolved relatively quickly in an interview with Fox's Tucker Carlson.

In the very same interview, he also turned heads when he used a bizarre pizza analogy to explain his opinion.