At the height of their careers they starred in advertisements together, but they reportedly no longer speak to each other. 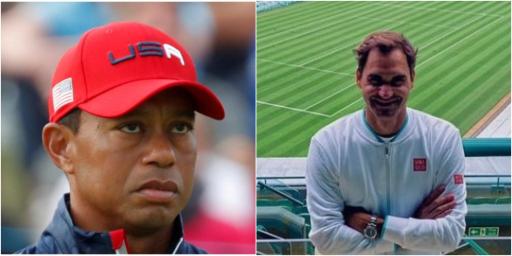 Roger Federer and Tiger Woods are both synonymous with arguably being the greatest ever in their respective sports.

Woods, 45, is a 15-time major champion, has won 82 times on the PGA Tour and is widely considered the best ever.

Federer, now 40, has won 20 grand slams that include eight victories at Wimbledon.

At the height of their powers the pair starred in major advertisement deals together with Gillette.

MORE: HOW MUCH DID LUCAS HERBERT WIN IN BERMUDA?

Then for Woods his world came crumbling down around him as his extramarital affairs were revealed in sensational fashion.

We all know the story at this point but what followed was interesting.

Woods was dropped by Gillette but Nike stood by their man.

The big cat rebuilt his career and image with another Masters victory and tied Sam Snead's record of victories on the PGA Tour.

Woods and Federer were reportedly on good speaking terms but these days that doesn't seem to be the case.

According to Essentially Sports, Federer said Woods broke off all contact.

They quoted Federer as saying: "It was more about wishing good luck. When he (Woods) faced problems, he disappeared and changed his number.

"Anyway, I am happy that he has come back stronger again. He is doing well again and plays well. I would love to hear from him again.

"We shared some great memories. He supported me a lot. We enjoyed ourselves with the fight for other Grand Slams."

Woods has remained tight-lipped about his return to action.

There is daily speculation about whether or not he will ever play golf again competitively.

Most recently he was pictured bearing weight on his right foot without crutches.

He overturned his luxury SUV in February.

Images from the car crash revealed how lucky Woods was to escape with only serious injuries to his leg.

NEWS: WHO IS LUCAS HERBERT'S CADDIE?

NEWS: WHAT WE KNOW ABOUT THE SAUDI GOLF SERIES

NEXT PAGE: CAN YOU DO THIS IN THE BUNKER