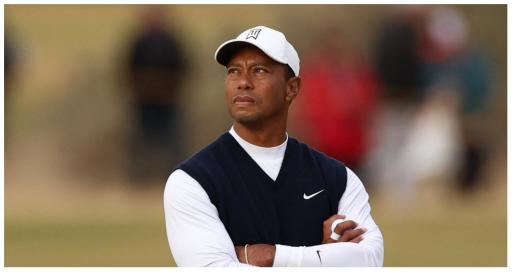 The title sponsor of Tiger Woods' Hero World Challenge on the PGA Tour have dropped LIV Golf player Anirban Lahiri due to his association with the Saudi-funded enterprise.

Via a report from News9, the 35-year-old Indian's long-time sponsor of Hero MotoCorp have parted ways with the golfer.

Woods' Hero World Challenge - where he has just announced the field - will be played over December 1-4 in Albany, Bahamas.

Mastercard have also reportedly parted ways with Lahiri, according to the report.

Lahiri had been plying his trade on the PGA Tour since 2016.

He never won on the established, American circuit but did go close to claiming what is deemed to be the game's "fifth major" in March.

Elsewhere, he has won two European Tour events and is a seven-time winner on the Asian Tour. He was the third Indian golfer to compete at The Masters and broke into the top 100 in the Official World Golf Ranking in 2014

Lahiri brought to an end his PGA Tour career when he decided to join Greg Norman's LIV Golf Invitational Series before their fourth event in Boston.

Although it has not been confirmed, there are various reports that the Indian's fee was as much as $7m.

On his LIV debut in September, Lahiri managed to get into a three-way playoff in the 48-man field, shotgun start tournament.

That was won by Dustin Johnson, who held a massive eagle putt to take the win from Joaquinn Niemann and Lahiri.

In a statement, Lahiri told News9: "I am very grateful for the support I have received over the years from both Hero and Mastercard. Any corporate that supports golf should be celebrated. That's all I want to say."

The publication report that Hero did not respond to requests for comment.

Lahiri will be in the field at LIV Golf Bangkok, where he will be in Bryson DeChambeau's Crushers GC side along with Paul Casey and Charles Howell III.

Woods, who has won 82-times on the PGA Tour, is unsurprisingly one of LIV's harshest critics.

He tore into the players who decided to join the breakaway circuit before the 150th Open Championship at St. Andrews.

"But what these players are doing for guaranteed money, what is the incentive to practise?" Woods previously said.

"What is the incentive to go out there and earn it in the dirt? You're just getting paid a lot of money up front and playing a few events and playing 54 holes.