Tiger Woods is NOT yet in the field for the Hero World Challenge, but will he fill one of the last remaining spots? 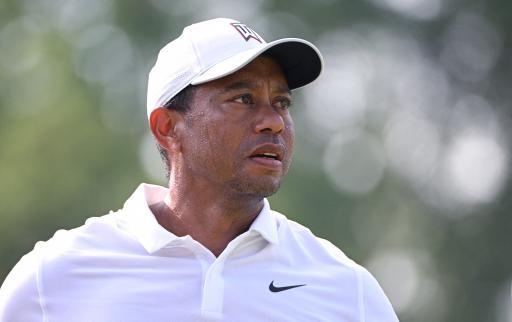 Tiger Woods has left the door open for a potential comeback appearance in his annual Hero World Challenge tournament after not naming himself as one of the 17 confirmed players teeing it up at Albany from December 1-4.

Woods, 46, has not competed on Tour since he emotionally missed the cut at the 150th Open Championship at St Andrews in July.

Excited to welcome an incredible field to Albany, Bahamas for the 2022 #HeroWorldChallenge https://t.co/Ses8vH6CE7

There had been some hope according to Woods' caddie Joe LaCava that his boss would be able to tee it up in his annual event just before Christmas.

But Woods is not down as one of the confirmed 17 players in his 20-man field in the Bahamas.

All hope it not yet lost though for Woods fans as he will soon announce three tournament exemptions to round out the field over the coming weeks.

"Excited to welcome an incredible field to Albany, Bahamas for the 2022 Hero World Challenge," tweeted Woods.

In total, 16 of the 17 confirmed players in the field are all PGA Tour winners, with just Cameron Young, who won PGA Tour Rookie of the Year last season, as the only player yet without a win on the circuit.

Viktor Hovland is back to defend his title, which he won by one shot over Scottie Scheffler last year.

Woods, who is currently ranked 1,195th in the Official World Golf Rankings, was spotted caddying for his young cub Charlie Woods during a junior event last week.

Despite the health signals not sounding too great for Woods - who continues to recover from the leg injuries sustained in a horror car crash in Los Angeles in 2021 - he was at least smiling and looking happy to be out on the golf course following his son.

Charlie went on to shoot his best ever round in competition as well, much to the delight of his growing fanbase already at the age of 13 years old.

It is fair to say Charlie is already swinging it picture perfect.

While question marks remain over Woods' participation in the Hero World Challenge in early December, the same applies for the father-son PNC Championship two weeks later as Tiger and Charlie have yet to confirm their place in the field.