"Revenues in 2020 were somewhat impacted by the compressed tour schedule" 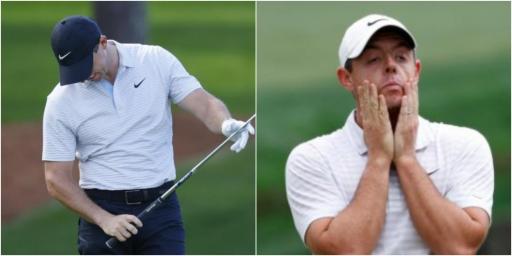 The company that controls Rory McIlroy's image rights saw revenues slide up to nearly 40 per cent, the Irish Times have reported.

This year, Rory McIlroy Management Services Ltd had revenues of $14.8 million, down $9.37 million from the year before.

This means that the company reportedly had a pretax loss of $8.03 million. This also involved a non-cash writedown of $15.7 million.

In 2020, the net cash generated by the company from operating activities, after tax and interest, totalled $9.8 million.

Prize money and other earnings are not part of the Irish company's earnings because they are treated as income and taxed in the countries they are won.

At the start of the year, the company reportedly had a $225 million value placed on McIlroy's image rights, which has been reduced to $209 million.

The COVID-19 disrupted PGA Tour saw McIlroy win $4.4 million and this year they are almost exactly the same at $4.39 million.

The company was established towards the end of 2013. McIlroy wanted to locate everything to do with his brand in Ireland.

The Irish Times reported that a note to the company directors which said:

"Revenues in 2020 were somewhat impacted by the compressed tour schedule but the medium-term impact on the rights held by the company has undoubtedly been positive."

McIlroy, 32, is a 20-time winner on the PGA Tour and a four-time major champion.

NEXT PAGE: WHY KEVIN NA CRIED AT QBE SHOOTOUT

PGA tour
Rory McIlroy
masters
US Open
The Open
Tiger Woods
Previous
PGA Tour pro SLAMS putter then HELICOPTERS it into the middle of a pond in event
Next
QBE Shootout: What's in the bags of champions Kevin Na and Jason Kokrak?