Rory McIlroy rubbished speculation that his glory days are behind him as he returns to TPC Sawgrass for The Players Championship. 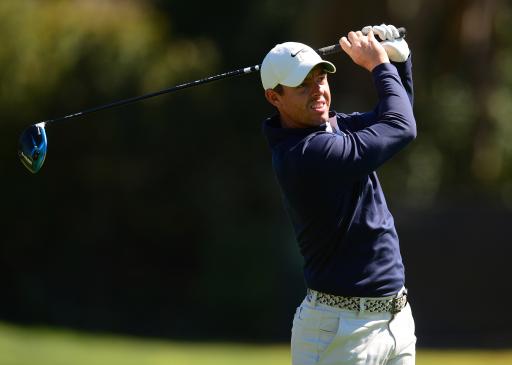 Rory McIlroy believes his best days on the PGA Tour are yet to come as he returns to TPC Sawgrass for The Players Championship.

The Northern Irishman is technically still the defending champion at The Players this week, due to the tournament being cancelled after the opening round last year and McIlroy winning the event in 2019.

McIlroy started last year's Players Championship in excellent form and was the World No.1 at the time, having recorded top-five finishes in all four of his starts prior to the event at TPC Sawgrass.

After golf was forced to halt for 91 days due to the coronavirus outbreak, McIlroy returned a different player and struggled to acclimatise to the lack of atmosphere on the PGA Tour without spectators.

His performances have been hit and miss, with the recent Arnold Palmer Invitational supporting that statement, after McIlroy opened with a 66 to share the first round lead, but struggled over the weekend to slip to a tie for 10th.

"It felt so good on Thursday and then felt off a little bit on the weekend, so it's like what happened, what changed, what is the difference," said McIlroy. "I think that's where I've sort of struggled the last few weeks is that inconsistency of the good being very good, good enough to lead the golf tournament, but when it just gets slightly off, not being able to manage it.

"There's inconsistency in my ball-striking from day-to-day. On my approach play on Thursday, I gained nearly three shots on the field, and then Saturday I lost nearly three. It's just the inconsistency. It's not being able to manage the misses as well as I usually do.

"Everyone out here can play great golf and shoot 65s and 64s. It's when you're feeling a little off still being able to get it in in a couple under and not losing too much ground to the field.

"The good golf is in there, and I feel capable of going out and shooting good scores any week that I play on any golf course that I play, but it's the days where you don't feel so good that you need to manage it and get it around in a couple under par. That's the challenge for me right now."

Following his final round at Bay Hill, McIlroy said he was still looking for a "spark" and that perhaps he needed to take his game in a "new direction", but he dismissed any rumours of making changes within his team and that his previous statement was more about his swing.

"I certainly didn't mean like a change of personnel, per se," he added. "I think more a change in philosophy or maybe what I'm trying to work on, maybe going in a slightly different direction that way. Swing-wise I think there's some things that I'm working on that haven't quite bedded in or I'm struggling to grasp what I'm trying to do.

"So that's sort of what I meant, talking about going in a different direction. Just sort of maybe trying something different or thinking about another way to do it, I guess. More so I was coming from that point of view."

RELATED: The Players Championship Groups and UK Tee Times for Round 1 and 2

McIlroy, who has slipped outside the top 10 in the world rankings, was then asked if he thinks his best days are behind him, having not won a major since claiming his fourth in 2014, but the 31-year-old was very positive about his future in the game.

"There's no point in me being out here if I didn't think that. That's just not part of my psyche or anyone's psyche out here. I think that's the difference between people that make it to the elite level and the people that don't, because they don't think that way. I certainly believe that my best days are ahead of me, and I'm working hard to make sure that they are."