US Open: Oosthuizen says he "doesn't understand" the fuss about LIV Golf

Louis Oosthuizen says it's a "pity" that politics has cast a shadow over LIV Golf and PGA Tour drama. 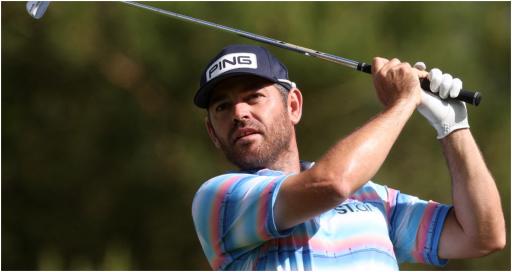 Former Open champion Louis Oosthuizen says he “doesn’t understand what everyone is on about” when asked about the topic of LIV Golf ahead of the US Open.

Related: Abraham Ancer forced out of US Open

South African Oosthuizen, 39, is the second highest-ranked player in the world who has decided to participate in the mega money LIV Golf Invitational Series which debuted at Centurion Club last week.

Oosthuizen picked up $560,000 for finishing T-10 in the first $25million event plus another $750,000 as StingerGC won the team format. It is unknown what his lucrative signing-on fee was.

The 2010 Open champion told Sky Sports that the reaction from other PGA Tour players at The Country Club at Brookline has been “fine” and that he wasn’t anticipating boos from the Boston crowd.

Phil Mickelson is playing his first major since returning to the golf world following the fallout from his comments that were published in February about working with the Saudis.

Mickelson has received a warm welcome from the crowds so far.

“I think the players know what it’s all about,” Oosthuizen told Sky Sports. [It’s] about golf and playing and it’s a pity there is just so much politics involved.”

Louis Oosthuizen believes that the PGA Tour and LIV Golf Series can coexist but says he is grateful to the PGA Tour for his career up until now pic.twitter.com/mvfnvKvhof

Oosthuizen was asked if he could see a future where the PGA Tour and LIV Golf can co-exist.

“I don’t see why not. I mean, I made my decision where I want to play and, you know, I’m grateful for everything that the PGA Tour did for me and meant for my career.

“I honestly don’t see what everyone is on about. At the end of the day, this is a great championship that we all work hard to be and play here and we’re going to be focussed on that this week.

“It’s just bad that something else has taken that away from this tournament.”

Oosthuizen’s comments echo that of Brooks Koepka’s, who grew frustrated with the media on Wednesday. Koepka claimed the story was putting a “black cloud” over the US Open.

“I think that sucks,” the four-time major winner said.

PGA Tour commissioner Jay Monahan recently hopped on the CBS broadcast of the RBC Canadian Open to explain his decision to ban the LIV Golf rebels.

Monahan refused to elaborate further on what he anticipates will happen next. Nor did he reveal how long the players are suspended for.

Just this week, USGA CEO Mike Whan explained that he struggled to see how LIV Golf is good for the game, hinting that they could change their qualifying criteria in the future.