Sebastian Munoz became the first player in PGA Tour history to shoot more than one round of 60 or lower in the same season. 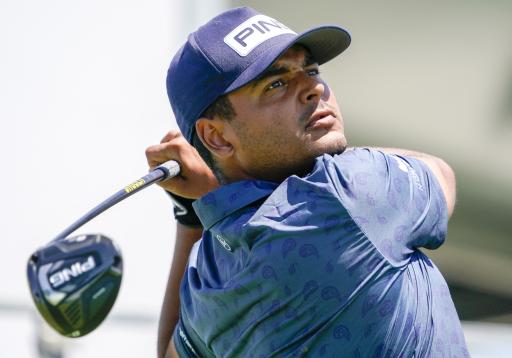 Sebastian Munoz made history on the PGA Tour during the first round of the AT&T Byron Nelson.

Munoz became the first player in the the history of the Tour to shoot multiple rounds of 60 or lower in the same season.

The first time he achieved the feat came in the first round of the RSM Classic in November, although that was on a par-70 golf course.

Here, the Colombian fired a 12-under par 60 after playing his second nine in 8-under par (28 strokes) that was highlighted by an eagle at the par-5 12th.

That meant he was 6-under through a stretch of four holes in the middle of his round at TPC Craig Ranch.

Munoz is currently the World No. 73 and according Carlos Ortiz had little interest in pursuing golf while they attended the same college.

Ortiz said that Munoz went for the experience and just wanted to have fun but started to take his golf more seriously towards the end his education.

Munoz told the media after his round: "It's a great feeling whenever everything is clicking, hitting the tee shots, ball is coming out in the window that you imagined, the putts, that you're reading good the putts. The speed.

"When everything is going it's just stay out of the way and just kind of let it happen.

"So that's what I did. I mean, I had a tough putt on 12 for eagle and like I was thinking like, it's okay if I don't make this one.

"Then it was like, I know I can make it; just kind of stay in it; trust what you're doing; let's keep it going. I made it.

"And then on 13 looked like it was just a little long. Yeah, coming in it was a great stretch and really happy."

What was he thinking in the middle of the fairway on the 18th?

"I kind of wanted to hit like a bullet, like a little draw. I knew if I want to hit it close had to be a fady, soft-landed shot; I tried to do that.

"[I] overdid it and ended up with a 60, which is really good around here."

Munoz made the turn at 4-under par. After making birdies at two, five and six he made bogey at the eighth but bounced back with an eagle at the ninth.