The 30-year-old settled the nerves early with two birdies then never looked back... 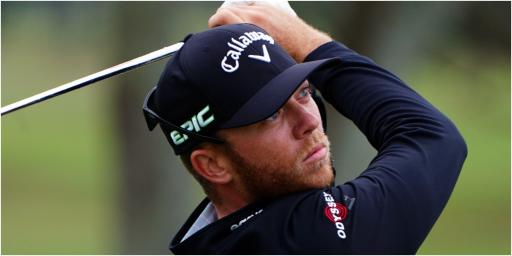 Dominant Talor Gooch won his first ever PGA Tour title in style at The RSM Classic.

Striding up the fairway down the 18th Gooch had gone 25 holes bogey free at Sea Island.

A testing putt for par was holed at the last to keep that run going and clinch the $1.2 million first prize.

Locking in the win. @TalorGooch finished on a streak of 26 consecutive holes without a bogey. pic.twitter.com/GfGvHR4Mxy

This was a dominant performance from the American who closed it out with a stunning 6-under 64 at the Seaside Course.

It was not without difficulty on the final day. There were valiant efforts from Colombia's Sebastian Munoz and Canada's Mackenzie Hughes.

Clutch putts were made from Gooch who had slept on a 54-hole lead for the very first time on the PGA Tour.

Now he has converted it, and looked relieved as his putt dropped on 18.

When you're leading on the PGA Tour and you are not used to it you need a good start.

Gooch made birdie at two and four to settle the nerves, then made four more down the stretch.

In the end, the margin of victory for Gooch was three strokes over Hughes. Munoz was four back.

The United States' Tyler McCumber was on 59 watch but in the end his putt at 18 for birdie drifted inches by. A stunning 60, nonetheless.

Other notables to finish inside the top 10 include Webb Simpson (66) and Australia's Cam Smith (64).

Justin Rose finished inside the top 15 on 12-under par.

NEXT PAGE: HAS BROOKS KOEPKA SIGNED FOR SRIXON?