"There's no chance Tiger Woods will play at The Masters"

In the latest episode of Tour Chat, we discuss the Genesis Invitational, Tiger Woods' worrying interview and our selections for the WGC Workday Championship. 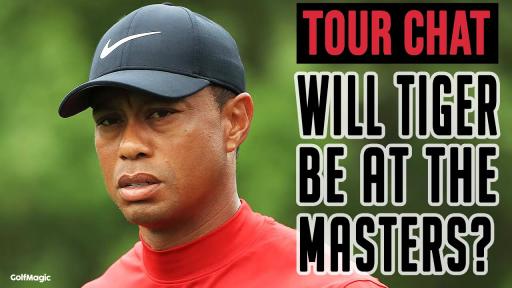 Tiger Woods was trending on Twitter after his interview at the Genesis Invitational and it certainly didn't fill anyone with confidence that he'd be returning to action any time soon and with The Masters less than two months away, it seems uncertain whether the Big Cat will be back in time to play at Augusta.

In this week's episode of Tour Chat, Alex and Jack discuss the events of the Genesis Invitational and give their opinions on Woods' chances of playing at The Masters, as well as make their betting selections for the WGC Workday Championship.

It was one of the most exciting tournaments of 2021, with the Genesis Invitational at Riviera going to a play-off, between two players in search of their second PGA Tour title.

Finau, who hasn't won since the 2016 Puerto Rico Open, shot a stunning 7-under par final round to get into a play-off with Max Homa, looking for his first win since 2019.

Homa came out on top at the second extra hole after Finau found the bunker and failed to get up-and-down for par, meaning his wait for a second victory continues.

It was an incredible victory for Homa, who grew up not far from Riviera and often went to watch the Genesis Invitational with his father. Homa earned a whopping $1,674,000, whilst Finau still took home over a million dollars for second place.

We all want to see Tiger Woods at The Masters, but after seeing his interview on Sunday we believe it's likely he won't be at Augusta in April.

Woods looked extremely tired and his answers about his return lacked confidence.

It seemed his return heavily relies on what his doctors, surgeons and therapists say and the fact that the only club he's been able to use since his latest surgery is his putter is extremely concerning.

The Masters is less than two months away and Woods will need to consider his long-term health and fitness. He's made it clear that being able to play golf with his son Charlie is very important to him, so rushing to return to a four-day tournament (if he made the cut) could be a bad idea.

Time will tell for Woods and we hope he is in good shape to compete.

NEXT PAGE: How much they all won at the Genesis Invitational on the PGA Tour