In an exclusive interview, Tiger Woods also ​​​​​said that he nearly needed his leg amputated in hospital after his car crash in February. 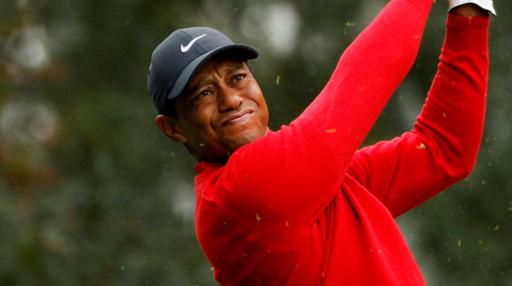 Tiger Woods admitted he will never ever return to play on the PGA Tour in a full-time capacity as the injuries from his serious car crash are too hard to return from.

Speaking to Golf Digest, Woods said that he has before had to climb Mount Everest, but on this occasion, his injuries are too severe for him to come back from on a regular basis.

Woods has described his situation as an "unfortunate reality" and the 45-year-old revealed that he almost lost his leg while needing surgery on open fractures.

"I don’t have to compete and play against the best players in the world to have a great life. After my back fusion, I had to climb Mt. Everest one more time," said Woods.

"I had to do it, and I did. This time around, I don’t think I’ll have the body to climb Mt. Everest and that’s OK. I can still participate in the game of golf. I can still, if my leg gets OK, I can still click off a tournament here or there.

"But as far as climbing the mountain again and getting all the way to the top, I don’t think that’s a realistic expectation of me.

"There was a point in time when, I wouldn’t say it was 50/50, but it was damn near there if I was going to walk out of that hospital with one leg. Once I (kept it), I wanted to test and see if I still had my hands.

"So even in the hospital, I would have (girlfriend) Erica (Herman) and (friend) Rob (McNamara) throw me something. Throw me anything."

The 15-time major winner suffered open fractures to both the tibia and the fibula in his right leg. After the crash, he was rushed to Harbor-UCLA Medical Center and then to Cedars-Sinai Medical Center.

Last week, Woods posted a video on his social media platforms of himself hitting balls on the driving range. This started a flurry of speculation.

He is due to speak at a press conference tomorrow at the Hero World Challenge, an event which he hosts in the Bahamas. He admitted that he will not be returning to tournaments like this regularly.

"I think something that is realistic is playing the Tour one day - never full time, ever again - but pick and choose, just like Mr. Hogan did. Pick and choose a few events a year and you play around that," Woods added.

"You practice around that, and you gear yourself up for that. I think that’s how I’m going to have to play it from now on. It’s an unfortunate reality, but it’s my reality. And I understand it, and I accept it.

"I have so much more muscle development and nerve development that I have to do in my leg. At the same time, as you know, I’ve had five back operations.

"So I'm having to deal with that. So as the leg gets stronger, sometimes the back may act up.... It’s a tough road."