This claim will no doubt get golf fans excited for a potential Masters return... 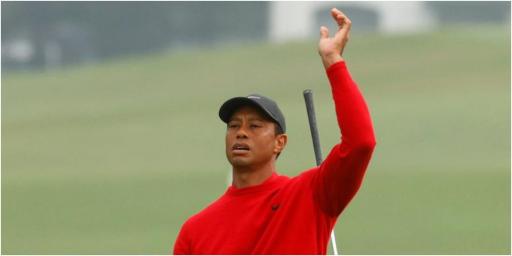 Tiger Woods has reportedly taken his biggest step yet to resuming his golf career, according to this rumour.

The big cat is said to have "resumed limited golf activities" according to the folks who run the @TWlegion Twitter account.

Now of course we'll have to take this news with a pinch of salt as this is merely a claim.

Woods has not publicly spoken about his return, only briefly giving an interview with GolfDigest where he dodged comeback questions.

He did, however, say his rehab was "more painful than anything I have ever experienced".

But it is not so hard to believe considering in recent weeks we've seen Woods, 45, standing without crutches for the first time since his crash.

Woods overturned his luxury SUV in February when he was speeding from one event to another, law enforcement has previously said.

As some other reports have indicated in recent weeks, have been hearing some more rumblings with regard to Tiger’s recovery including that he has progressed to the point of a resumption of some limited golf activity

MORE: TIGER WOODS "WANTS TO GET BACK WITH ELIN"

Golf fans went ballistic when Woods was spotted walking without crutches watching his son Charlie play in a junior tournament in Florida.

We interviewed an osteopath recently and asked him if he thinks Woods could return to action for the Masters next April.

He admitted he would be astounded if Woods returned to action that soon.

Just a matter of time. He is coming. https://t.co/2NFry1PjgJ

NEXT PAGE: WHAT HAPPENS IN THIS SCENARIO?