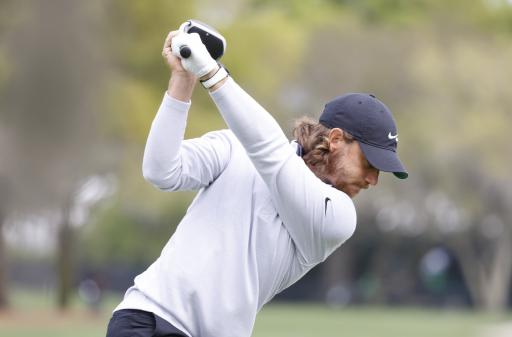 Tommy Fleetwood had high praise for Bryson DeChambeau, with the two superstars set to battle it out on Friday for a spot in the knockout rounds of the WGC-Dell Technologies Match Play.

The Englishman beat Frenchman Antoine Rozner on Thursday, while DeChambeau picked up his first win of the tournament when he beat Si Woo Kim and all eyes will be on the pair in what is one of the most exciting matches for Friday's schedule.

Fleetwood and DeChambeau have faced each other in match play before at the 2018 Ryder Cup, but it was a doubles match that saw Fleetwood and Molinari beat DeChambeau and 15-time major champion Tiger Woods 5&4.

Speaking to the media after his victory over Rozner, Fleetwood spoke highly of his next opponent and he is relishing the chance of playing him once again now that he has developed into an even bigger threat.

"I think getting to the two matches down, one more in this group stage and fate is still in your own hands in a way, I think that's a nice position to be in. So a lot to play for tomorrow."

The highly anticipated showdown between Fleetwood and DeChambeau is scheduled to start at 3:04pm (UK time), while Rozner - who can still qualify for the knockout stages himself - takes on Kim at 3:15pm.

You can take a look at all of Friday's matches and UK tee times, here.