Tyrrell Hatton revealed that he had an awful preparation before the last round at Bay Hill, hitting a particularly bad drive on the driving range. 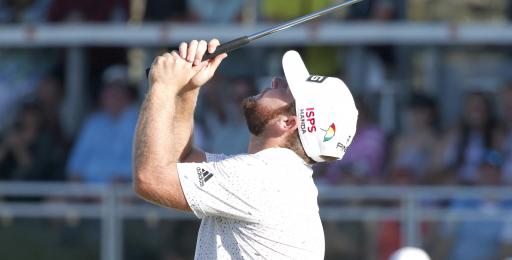 Tyrrell Hatton revealed he was too embarrassed to shout 'fore' when on the driving range before his final round at the Arnold Palmer Invitational.

Speaking after Sunday's round where he finished tied second behind Scottie Scheffler, Hatton revealed he hit such a bad drive on the range that he didn't want to shout 'fore'.

The Englishman revealed that he hit a drive that "missed the 9th fairway" which is left of the driving range. You wonder how the fiery 30-year-old reacted to that.

It wasn't to be for Hatton at Bay Hill. He carded a great 3-under-par 69 in the last round to contend, but it was Scheffler who won his second PGA Tour title.

"With the second driver I hit, I think I missed the 9th fairway left from the driving range," said Hatton.

Related: PGA Tour: How much did each player win at the Arnold Palmer Invitational?

"I didn't shout 'fore' out of pure embarrassment that no one on a driving range should ever have to shout fore. That kind of shows you how bad it was. Luckily, we didn't have too many wides out there on the golf course. Maybe I was a bit more focused out there.

"(I was) very fortunate to win this tournament two years ago when it was again really, really tough. But I just went out there and tried my best.

"I had to hold over 120-feet putts today, which is surprising to hear. I know I putted well, but you're putting so defensively, you're trying to just cosy up to the hole. So they aren't too stressful to knock them in if they miss, and generally I feel like I did a good job of that."

Many of us could perhaps sympathise with Hatton. It is very rare to have to shout 'fore' when just hitting some practice balls, let alone when on the golf course.

Hatton won for the first time on the PGA Tour at this event in 2020 in tough conditions. In yesterday's round, his 69 was the second-best score of the day.