When will Tiger Woods play golf next? What will his 2023 schedule look like?

This is what Tiger Woods' potential schedule could look like going forward after playing the 150th Open Championship at St Andrews. 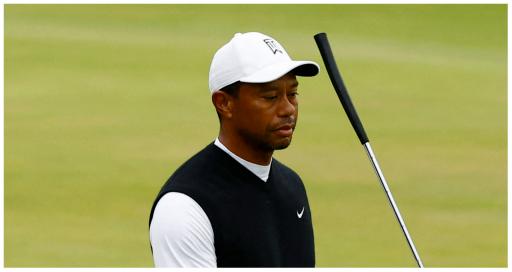 Tiger Woods wrapped up his 2022 return to golf with tears over the Swilcan Bridge and a lingering hope that he could return to St Andrews for another crack at The Open.

The stark reality is that it is hugely unlikely the 15-time major champion will play at the iconic Old Course again in a major.

In between shots Woods is now looking every bit of his 46 years. Still, despite saying that he had no immediate plans to return to the course any time soon, he appeared to be buoyed that his there'll be more professional golf in his future.

After playing the 150th Open, Woods said of his future: "I have nothing, nothing planned. Zero. Maybe something next year. I don't know. But nothing in the near future. This is it. I was just hoping to play this one event this year.

"And I was lucky enough, again, got three events in. And they're all majors. So I feel very fortunate to have had the things happen this way and the struggles I've been through to get to this point."

He also rubbished suggestions that he was planning on retiring and even his caddie, Joe LaCava, was hopeful the big cat could play "at least three or four events" before taking another run at The Masters at Augusta National next April.

It also cannot go unsaid that only Woods and Rory McIlroy have won Opens this century at Royal Liverpool, so he'll fancy his chances and claiming a fourth Claret Jug.

With that being said, GolfMagic decided to take a crack at what Woods' schedule could look like going forward: