Bryson DeChambeau has had a turbulent season on the PGA Tour and now he has a great chance to lift his first FedEx Cup. 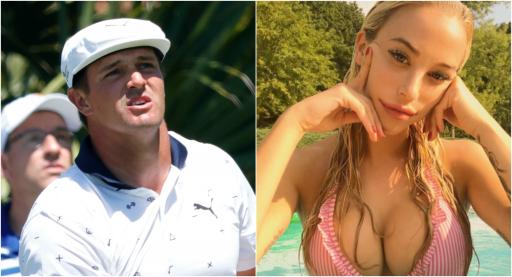 Bryson DeChambeau has had a great season on the PGA Tour, picking up his first major championship at the US Open 12 months ago and also winning the Arnold Palmer Invitational in March.

Although he has been the centre of attention in the world of golf in 2021 with his feud with Brooks Koepka and numerous other issues, he has had a season in his career to remember.

It is unclear as to whether DeChambeau is still dating Instagram model Sophia Phalen Bertolami, but when he won the US Open at Winged Foot in 2020, she posted her congratulations to him on Instagram and said she was proud of him.

Their relationship began before the 2018 Ryder Cup when the big-hitting American made his debut in a crushing defeat in France for captain Jim Furyk's side.

Bertolami was born in Tennessee and right now, she has over 61,000 followers on Instagram. She has grown popular as a result of her fashion modelling.

In her younger years, Bertolami attended Cohasset High School in Massachusetts and she then studied at Chapman University, which is a private university in California.

At Chapman University, she studied kinesiology and nutrition. She has also become a student at Belmont University in Nashville, Tennessee where she studies pharmacology.

Bertolami has her own swimwear line called La Isla, which she provides a link to on her Instagram page for her many followers to go to.

Reportedly, she has also dated other sports stars in the past such as former Baseball players Mike Napoli and Danny Muno.

It would seem that DeChambeau and Bertolami's relationship is kept very private, so this is why we are uncertain if they are still an item or not.