Jack Nicklaus on Greg Norman: "Why would I support that?!"

Jack Nicklaus was asked about the number one topic in the golf world at the moment and he didn't hold back. 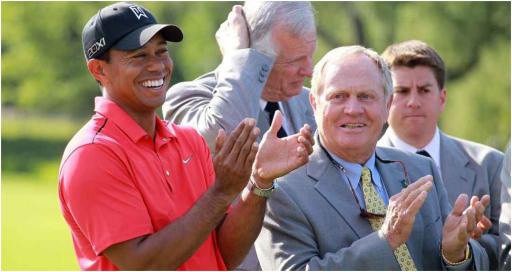 In perhaps the least surprising golf news, Jack Nicklaus has pledged his full support to the PGA Tour, but with added spiciness.

Nicklaus, 82, was recently asked about the Saudi-led breakaway by his friend and former professional rival Greg Norman.

More: Paige Spiranac says it's "hard with these jugs" to walk when it comes to golf

"Surely you jest", the Great White Shark opened up his email in which he ended ominously: "This is just the beginning".

The Golden Bear attended a function earlier in the week, reports Golfweek, where he was asked about the controversial topic.

And, well, the 18-time major champion did not hold back in his response.

"Why would I not support that? Instead, I'm going to go support for my own benefit, see 40 guys break away from the PGA Tour at the whim of an advertising agency in Saudi Arabia?

"What happens to the other guys?

Well, that is exactly the comment you would expect from someone who is all about legacy.

Nicklaus won 73 PGA Tour events (the third of all time) during his illustrious career.

But judging by Woods improved mobility that was on display at the Genesis Invitational, that could possibly change.

Elsewhere this week, it was confirmed that Justin Thomas will work with The Golden Bear.

The pair have begun a golf course design project in Palm Beach Gardens in Florida. It will open in 2023.