Could this be your NEW DRIVER? | PXG 0211 Driver Review

Alex from GolfMagic visited PXG at the Berkshire to review their 0211 driver which could be the best value driver of the year. 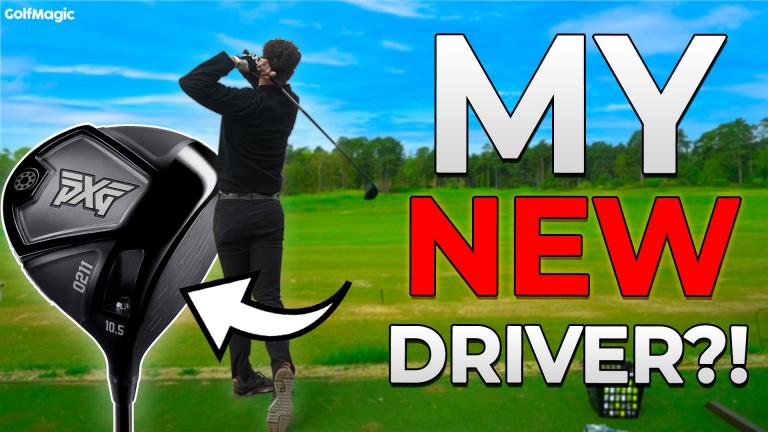 - The PXG 0211 driver offers incredible value for money at just £205.
- Low handicappers and professionals may prefer something more powerful to suit their game.
Our score:
Overall:
5
PRICE: £205.00 YEAR: from 2022

Drivers are the most expensive products in the game of golf. Each new release will likely set you back between £300 to £500.

PXG is attempting to put a stop to this with their new 0211 driver and they also encourage you to be custom fitted for your new driver as well.

The PXG 0211 driver has been made by a luxury brand but sold at a second-hand price of £205. There is no doubt that this is the best value driver for 2022.

It is significantly cheaper than the TaylorMade Stealth and the Callaway Rogue ST drivers, but they still deliver in forgiveness and overall performance.

WATCH OUR PXG 0211 DRIVER REVIEW BELOW

Alex averaged over 284 yards with his shots and his ball speed was extremely consistent too. It is made with a high-speed titanium face and weight in the back of the clubface.

In terms of technology, the club has a high-speed titanium face and a low CG, high MOI design. The weighting is in the back which helps to increase forgiveness.

With a low centre of gravity and a high MOI design, PXG has focused on delivering forgiveness and consistent dispersion. This technology is very similar to the majority of its market rivals.

Custom fitting is absolutely crucial and PXG encourages you to get their 0211 driver adapted to your swing before you complete your purchase.

Which golfers should use a PXG 0211 driver?

This driver is perfect for golfers who aren't looking to spend large sums of money on a new driver. You won't find a better driver than the PXG 0211 driver for such a low price.

This club can suit any golfer and it would probably suit players with mid to high handicaps. Professional golfers would prefer a driver with more workability and power in the clubface.

The all-black design and the multi-material finish in the crown are very stylish. The shape of the head is smaller than that of the elongated Callaway Rogue ST MAX driver head.

There is a shade of light grey in the back of the club which makes the dark black shade at the front stand out. It is a very aesthetically pleasing driver.

The sound and feel could be likened to the PING G425 driver, but Alex outlines that the feel of the clubface is certainly the key difference when compared to other drivers.

In his custom fitting session, Alex found that his consistency and ball speed were impressive with the PXG 0211 driver producing solid numbers.

Alex achieved an average ball speed of 175 mph. The correct shaft and head combination allowed Alex to maximise his performance with his cheap but effective driver.

When Alex found the toe or the heel of the club, he received instant feedback. However, he found that his misses were a lot straighter and his dispersion had improved.

If you take anything away from our PXG 0211 driver review, it is the importance of custom-fitting and this comes free with this impressive driver.

For less than half the price of other drivers, the PXG 0211 is packed with a high-speed titanium face and a low CG, high MOI design. Your performance will not diminish at all, especially when the club is tailored to your swing.

With the weight in the back of the club, this helps with forgiveness too. This club may not suit the very best players in the game, but it is certainly a great option for amateur golfers looking for a driver of great value.