Mizuno ST-Z Driver Review | Should you buy a Mizuno Driver?

In this video, Alex from GolfMagic reviews the NEW Mizuno ST-Z Driver for 2021. The lower spinning model out of the driver line-up, can this driver compete with the likes of TaylorMade, Callaway and PING? 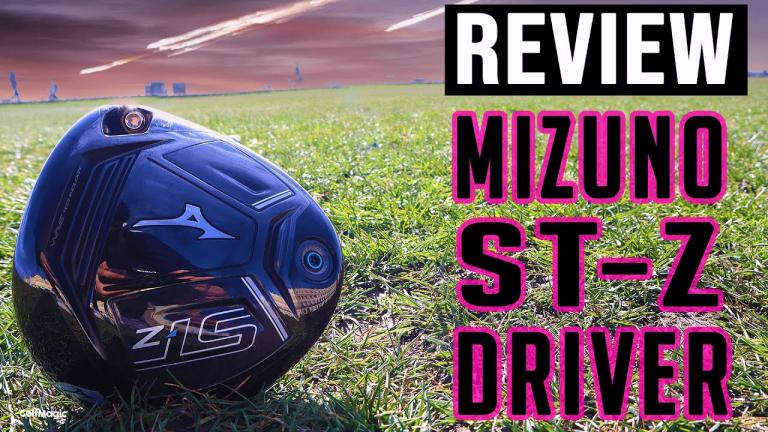 Mizuno is a brand that is known for crafting some of the best irons in the game, but in recent years, the Japanese brand has launched some seriously impressive drivers and the new ST series could be their best yet.

There are only a handful of players in the professional game who have a Mizuno driver in the bag, but there is no question that the brand is growing in popularity amongst amatuers, but can the new ST drivers compete with the likes of TaylorMade, Callaway and PING?

WATCH OUR REVIEW OF THE MIZUNO ST-Z DRIVER:

A Nippon steel product that was developed over five years as a lightweight, high strength material for the automotive industry and used for complex cycle parts requiring intricate design and an ability to withstand strong forces, SAT2041 has a fine grain structure inherently resistant to fatigue. As a high strength Beta Ti, SAT2041 maintains its characteristics and resists micro fractures for longer than the commonly used 6-4, Alpha Beta Ti.

The ST-Z driver has been designed to be ultra-stable and to offer low-spin efficiency. It has a balanced toe/heel carbon composite construction with deep central back weight – for a spin efficient, straight-line ball flight. It features the 2nd generation of Mizuno's Forged SAT2041 Beta Ti face for potent ball speeds and consistent performance over time.

A balanced use of carbon composite on the sole and a deep central sole weight are biased towards a straight-line flight and low spin efficiency. The ST-Z driver has a wide, low footprint, with a neutral visual lie angle and comes with 4 degrees of quick switch adjustability to fine-tune look and trajectory.

Let's start off with the looks to begin with. Now Mizuno might be known for making beautiful irons but the ST-Z driver is absolutely stunning.

It has a simplistic and classy feel to it, while the carbon crown on the sole of the club gives it that clean, sleek and modern finish.

But looks are only a small part of the overall package, there are other areas that we also need to mention.

Drivers have different sounds to them depending on the brand and the materials used in the club. Every golfer will have a personal preference with sound, so you'll need to experience it for yourself and not just take our word for it, but we absolutely love the quieter, more muted, sound that the ST-Z driver produces.

In terms of data, consistency is key when it comes to drivers. There's no point getting your optimum numbers once every 10 drives, you want to see similar numbers every time.

We can honestly say, the Mizuno ST-Z driver was THE most consistent driver we have tested in 2021. Alex was producing a spin rate of 2020rpm which is in the lower category, as this driver promises to do and it was around that number every single time.

If you're thinking of adding a new driver to the bag this year, we strongly recommend you give this one a try.