Zebra Putter Review | "One of the most popular golf products ever!"

Alex from GolfMagic reviewed the brand-new line of Zebra Putters which are set to surprise many people with their performance at such a low price. 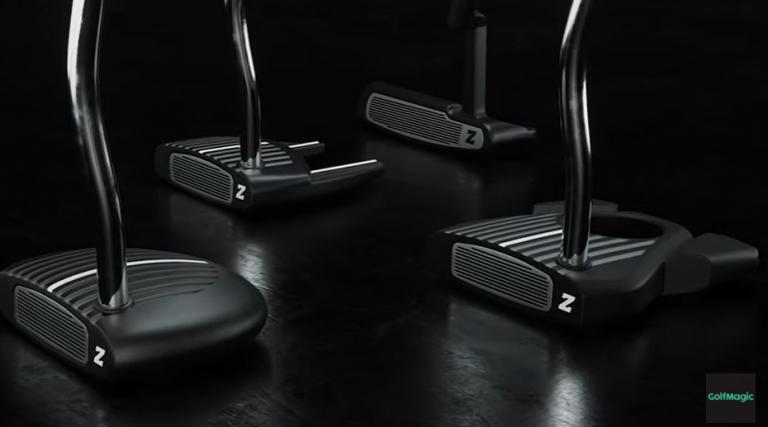 - The Zebra Putters contain high MOI technology, changeable weighting and first and foremost, represent the best value on the market.
- More expensive putters will have more advanced performance-based features will which better serve your game.
Our score:
Overall:
5
PRICE: £179.99 YEAR: from 2022

Zebra Golf made their first mallet putter in 1976 and it was used by the likes of Raymond Floyd and Nick Price on their way to major victories. Now, we have some brand new releases from the vintage brand.

Although this is not a brand that pops out of the shelves in the same way as TaylorMade, Odyssey or Scotty Cameron, their new line of putters in 2022 is hugely impressive.

With high MOI and changeable weighting technology, there is no reason why the new Zebra Putters can't immediately sure up your putting stroke and produce a fine roll.

Watch our review here below as GolfMagic Equipment Editor Alex Lodge assesses the performance of the new Zebra Putters. Are they just a gimmick or can they improve your game?

What is the Zebra Putter all about?

We reviewed the Zebra AIT 1 and the Zebra AIT 3 models. The AIT 1 is like the classic mallet head which was first released 47 years ago, whereas the AIT 3 is a spider shape.

The new Zebra lines were one of our favourite additions to the new releases. They are distinctly white surrounded by a strong black charcoal main colour. This makes the alignment line extremely visible and this makes it easier to line up your ball.

There is a brand-new insert in the face throughout the whole set which is a modern update compared with the original releases all those years ago. This insert puts topspin on your ball.

We were huge fans of the Zebra Putter's performance. These putters are said to be rated between 4172 to 4786 MOI. This means that there is a lot of weight-based technology packed in to help you perform a consistent putting stroke.

Which golfers should use the Zebra Putter?

For £179.99 rising to £199.99, the Zebra Putter represents excellent value and this club could be used by any golfer who wants to improve their putting stroke and consistency from short range.

These putters would suit beginner golfers as opposed to established golfers because they are cheaper and they can set a foundation for your short game while you continue to improve.

The new insert in the centre of the clubface doesn't just put topspin on your ball, but it also makes for a nice feel when you make a connection on the putting surface.

Despite the insert providing a soft feel, we didn't believe the feeling was that soft. You could find other putters on the market which feel nicer off the face than this.

The performance off the clubface felt clicky and unnatural. As we all know, putters are down to personal preference and this connection may satisfy some golfers, but it didn't satisfy us in this case.

However, we were impressed with the roll of the ball that the Zebra Putters produced and this is because of the topspin that you get from the insert. If you can roll the ball better, it finishes where you want it to on the green on a regular basis.

Despite the AIT 3 Putter still being impressive, we preferred the AIT 1 Putter because it is a classic club. The look is vintage and the improvements are clear to see with the insert, larger head and strong alignment guide.

We found a lot of confidence over short putts. You can overpower the hole from close range and the mallet head gives you the courage to knock in the tough ones that you could normally miss.

In today's market with the likes of TaylorMade, Scotty Cameron and Odyssey dominating with their world-class putters, Zebra are holding their own with a mightily impressive release.

With the high MOI, the changeable weighting and the roll off the face, we think these putters have gone under the radar because they are not one of the mainstream brands.

You'll do well to find a new putter of better value. Although this type of putter would suit players at the beginning of their golf careers, the AIT 1 and the AIT 3 models can be used by anyone.