After Bolton's Ryder Cup dreams go up in smoke, where next?!

The Ryder Cup will not be coming to Bolton. The proposals for a £414million development were rejected by town planners. So where will the biennial event be played in 2031? 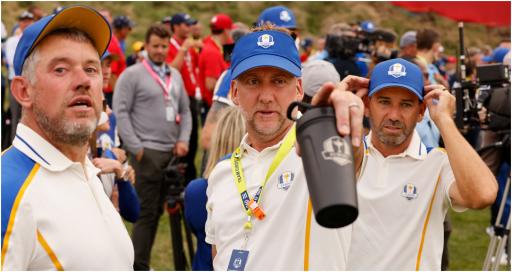 The town of Bolton has missed out on its "biggest investment opportunity ever" after its hopes were dashed to host the Ryder Cup.

Proposals were put forward and subsequently rejected for a £414million scheme which aimed to bring the prestigious event to England.

The developers, Peel, had hoped to championship grade course on the Hulton Park site would secure their bid for the 2031 edition.

As part of the development, it was penned that there would also be 1,000 new homes built. Some campaigners were against the idea.

They believed that it was a "housing project in golf clothing". Others suggested these proposals never really had legs.

*CHANCE TO BRING THE RYDER CUP TO THE NORTH WEST *

Tomorrow is a HUGE day for my hometown of Bolton! Our town Councillor’s have the chance to put BOLTON on the map for the world to enjoy by approving the proposed planning application! @BoltonTories pic.twitter.com/DZHZijALBp

Councillors voted to reject the proposals because of the impact on green belt land. The town's planners had previously recommended approval.

Peel's Richard Knight said Bolton had "quite possibly missed out on the biggest investment in its history".

"It has done a U-turn at the last hurdle," he said, further describing the decision as "hard to comprehend".

One local resident, opposed to the idea, said after the Ryder Cup it would result in a "lame duck" golf course one the competion was over.

"It's a housing project in golf clothing," he said.

Ryder Cup Europe issued a statement, saying: "We have received considerable interest in staging future editions of the Ryder Cup from several countries and venues across Europe."

GolfMagic has previously written about the likelihood of the event being staged at The Belfry or London Golf Club in England.

London Golf Club has hosted nine tournaments on the European Tour and European Senior Tour between 1995 and 2019.

Both were played on their International and Heritage courses.

Zach Johnson has been named by the Associated Press as the next man who will lead the United States into Rome.

He has, however, remained quiet. He was asked twice to confirm the news at the Honda Classic on the PGA Tour but did not comment.

Meanwhile, for the Europeans, it appears that Luke Donald has emerged as the favourite.

He got a ringing endorsement from the most recent captain, Padraig Harrington.