Paul Lawrie was one of four candidates considered to lead Team Europe at the 2023 Ryder Cup, but the selection committee came down on Henrik Stenson. 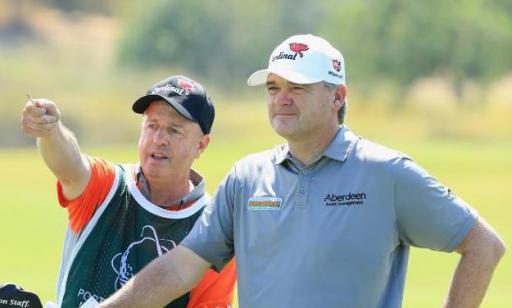 The European Ryder Cup captain for 2023 was announced on Tuesday, but unfortunately for him, it wasn't Paul Lawrie.

Lawrie was on a list of four people to be considered for the hallowed role: himself, Luke Donald, Henrik Stenson and Robert Karlsson.

It was Henrik Stenson who was chosen by the five-man selection panel of Thomas Bjorn, Darren Clarke, Padraig Harrington, Keith Pelley and David Howell.

Despite being a major champion and an eight-time winner on the DP World Tour, Lawrie was unluckily overlooked. It was reported that Luke Donald was heavily considered before Stenson got the nod.

In true Lawrie fashion, he posted a tweet last night to show that he wasn't taking the captaincy snub badly at all. In fact, the Scotsman took it very well.

"Never mind," he wrote on Twitter with an accompanying picture of a fine glass of his own Chippie Lager. The 53-year-old will certainly be a name for the committee to consider in the future.

In 1999, Europe was on the end of the infamous Battle of Brookline when America, captained by Ben Crenshaw, overturned a 10-6 deficit in the Sunday singles to win 14.5-13.5.

However, in 2012, Lawrie significantly contributed to the historic European fight-back at Medinah. He beat Brandt Snedeker 5&3 to earn a point for Europe who also turned around a 10-6 gap in the singles.

The crowning moment of his career was, without doubt, his win at The Open Championship at Carnoustie in 1999.

Next Page: Greg Norman sends letter to PGA Tour players: "We will not stop"