Lee Westwood jokingly doubted the boxing technique of Will Smith after the famous actor smacked Chris Rock on stage at the Oscars. 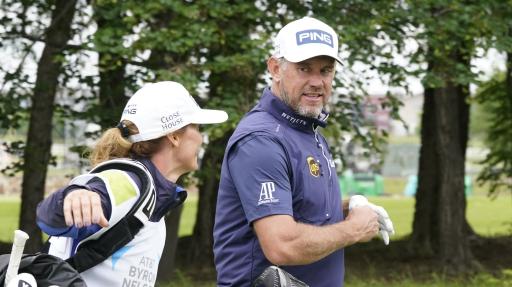 Westwood, who went out of the WGC Match Play in the group stage last week, replied to Andrew "Beef" Johnston on Twitter referring to Smith's role in the film 'Ali' from 2001.

The Englishmen are two of many who have seen the viral footage of Smith walking on to the stage and smacking Rock in the face for a joke the ceremony's host made about his wife Jada.

It appeared that at first Smith smiled at the joke, but once the subject of the comment sunk in, the Hollywood star wasn't smiling for much longer.

Related: Best golf memes as Will Smith smacks Chris Rock at the Oscars

I thought that someone who played Ali might have had slightly better technique.

Beef Johnston tweeted, "Interesting comments. I don’t think Chris Rock can react. If he does Oscar’s is over. Just pure madness." Westwood responded with, "I thought that someone who played Ali might have had slightly better technique."

Smith, who won the Oscar for Best Male Actor for his role in 'King Richard', played Muhammad Ali in the famous film 21 years ago, the legendary boxer who is regarded as the greatest ever.

Ian Finnis, the caddie of Tommy Fleetwood on the PGA Tour, tweeted in support of Smith and felt he did the right thing.

"Fair play to Will Smith. Why apologise!! Upset his wife so Chris Rock got what he deserved," Finnis tweeted.

It will go down as one of the most shocking but memorable moments in the history of the Oscars ceremony. Maybe it was fortunate that Smith didn't full-on punch Rock as who knows what chaos could've followed.