Webb Simpson: I dream of being Ryder Cup captain one day

Webb Simpson has said he dreams of one day leading the United States in the Ryder Cup and how hard it was to watch Steve Stricker's side from his couch. 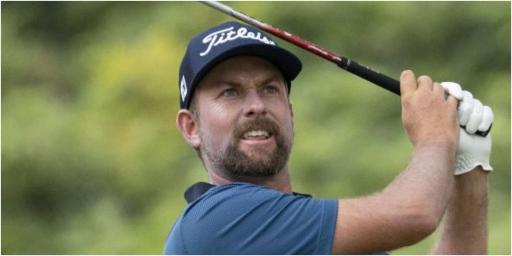 Webb Simpson could have counted himself very unlucky not to have been picked for the Ryder Cup team at Whistling Straits.

That being said, only divine intervention could have stopped that trailblazing side of Americans who were simply too good.

Yet Simpson, 36, has detailed his dissapointment at watching the coverage at home and how one day he wants to be a Ryder Cup captain.

He knows that young players like Collin Morikawa and Daniel Berger are only going to get better his days are numbered.

Yet it seems that he is not going to be deterred and is simply using this as motivation for another run in 2023.

Related: How Steve Stricker almost died after the Ryder Cup

In comments made to the media, Simpson said:

"I even got emotional watching it, seeing the guys get emotional. And what an interview Rory gave. Everybody, I felt like was giving great interviews. But it was really hard for me not to be there. Because I've experienced the joy of winning the Presidents Cup three times, but 0-for-3 in Ryder Cups."

"Stricker was after more … just a different player than me, which is fine. It didn't make me mad. Just made me want to work harder. Like I said, I have a dream of being a captain one day of a team, and I know I'm going to have that same situation.

"Every captain has to deal with telling a couple, two or three guys that they are not on it, that they were close. And get [to make] the good phone call of telling the guys that they made it, they are the pick. But I've got nothing but great feelings for Strick."

Related: Is Webb Simpson the most underrated golfer?

Simpson is playing at the Sony Open on the PGA Tour this week.

He is one of the favourites along with Cameron Smith, who is riding the wave of breaking tour history in Hawaii.

The next captains for the Ryder Cup in 2023, in Rome, have yet to be announced.

It is likely that Henrik Stenson will be leading Team Europe as Lee Westwood has distanced himself from the role.

For the United States, Stricker has already poured cold water on retaining the captaincy.

Zach Johnson is the betting favourite to take over.