Richard Bland won his first European Tour title at the age of 48 at the Betfred British Masters last month, and now he leads the US Open after two rounds. 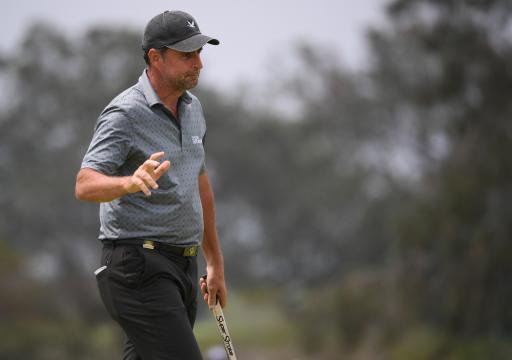 Richard Bland leads the way at the US Open after 36 holes on 5-under-par, just one month after he won his first European Tour title.

The Englishman began the tournament on Thursday with a solid score of 70 to sit three shots behind leaders Russell Henley and Louis Oosthuizen, who were on 4-under-par.

But Bland, who began his round on the back nine on Friday, got off to a hot start with four birdies in his opening nine holes. Despite making bogeys at the 15th and 18th holes, the 48-year-old made the turn in 2-under-par and was 3-under-par for the tournament.

After capturing his 1st @EuropeanTour win in his 478th start, @Blandy73 received love from all over the world. pic.twitter.com/qT9WwqEmGs

The oldest ever first-time winner on the European Tour found three more birdies in his second nine holes to card a superb score of 4-under-par, and finish on 5-under-par for the week.

Bland shares the lead with the American Henley, who completed his second round with a 70. The 32-year-old had an incredibly consistent round with 15 pars, two birdies and one par to tie with Bland.

World No. 3 Jon Rahm matched Henley's score of 70 to move to 3-under-par for the week. The Spaniard, aiming to overcome his disappointing withdrawal at the Memorial Tournament, made three birdies during his second round at Torrey Pines.

Brooks Koepka and Bryson DeChambeau are both level-par for the tournament and five shots behind the leaders heading into the weekend.

Koepka took a step back down the leaderboard on Friday after carding a 73, while DeChambeau scored 2-under-par in his second round to make progress.

NEXT PAGE: GOLF FANS REACT AS SPECTATORS WAIT FOR HOURS TO GET A DRINK AT US OPEN!