The PGA of America has announced that distance-measuring devices, such as lasers, will be permitted at the PGA Championship in an attempt to combat slow play. 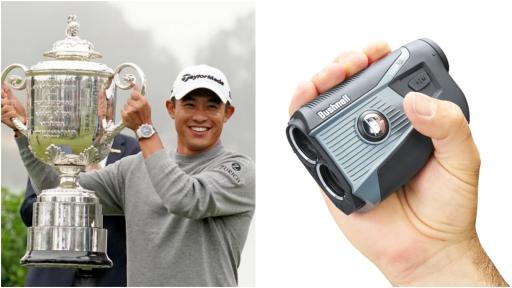 The PGA of America has made a huge decision ahead of the US PGA Championship at The Ocean Course at Kiawah Island later this year, in allowing players to use distance-measuring devices in a bid to combat slow play.

The devices will also be able to feature in the KPMG Women's PGA Championship and the KitchenAid Senior PGA Championship, although any device used must conform to the Rules of Golf.

The PGA of America also confirmed that compasses may be used, but more technical devices for measuring elevation change will not be permitted.

A statement cleared up any confusion as to what will and won't be allowed in regards to Distance and Directional Information.

- Allowed: Getting information on distance or direction (such as from a distance-measuring device or compass).

- Not Allowed: Measuring elevation changes, or interpreting distance or directional information (such as using a device to get a recommended line of play or club selection based on the location of the player's ball).

"We're always interested in methods that may help improve the flow of play during our Championships," said PGA of America president Jim Richerson.

"The use of distance-measuring devices is already common within the game and is now a part of the Rules of Golf. Players and caddies have long used them during practice rounds to gather relevant yardages.

"This policy will debut with the 2021 PGA Championship, which will be played at The Ocean Course in Kiawah Island, South Carolina, from May 17-23."

The news has received mixed opinions so far, with some golf fans saying this should have been a part of the professional game a long time ago, whilst others believe it will have the opposite effect on slow play.

PGA Tour star Ben An took to Twitter to share his negative views on the new rule and spent time replying to fans who were asking questions regarding his opinion.

We still have to know how much room we have behind and front of the hole. Golf ball doesnt stop dead where it picthes i just hope they dont suddenly expect us to play quicker because of the range finder https://t.co/pN0yn11xJK