Max Homa became a four-time winner on the PGA Tour at the Wells Fargo Championship and he will fancy his chances at the PGA Championship this week. 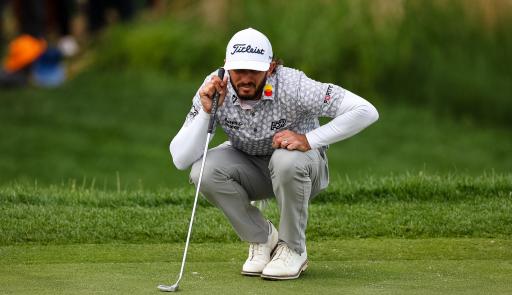 Max Homa arrived at Southern Hills for the PGA Championship this week on a high. He recently became a four-time PGA Tour winner and he and his wife are expecting their first child.

Homa won the Wells Fargo Championship at TPC Potomac to become the fifth multiple-winner on the tour in 2022 alongside Hideki Matsuyama, Scottie Scheffler, Sam Burns and Cameron Smith.

He has certainly arrived at the US PGA with plenty of confidence and happiness and he had nothing but praise and admiration for Southern Hills after his first practice round.

"I’ve only seen 9 holes and Southern Hills is already up there with the best courses I’ve played in my life," Homa tweeted on Monday.

The Tulsa, Oklahoma course hosted the PGA Championship in 2007 when Tiger Woods won his 13th major title by two shots from Woody Austin.

Altogether, the venue has hosted seven major championships and it also hosted the Senior PGA Championship in 2021 which was won by Alex Cejka.

Homa is definitely a player to look out for amongst the excitement surrounding Woods returning and the likes of Scottie Scheffler and Jordan Spieth finding form ahead of the second major of the year.

In 14 events this season, the 31-year old has made three top-10's including his win earlier this month and at the Fortinet Championship in September.

Next Page: Report: Tour agent claims Greg Norman to be ditched by Saudis