Sungjae Im is now a major doubt for the PGA Championship at Southern Hills next week in Oklahoma. 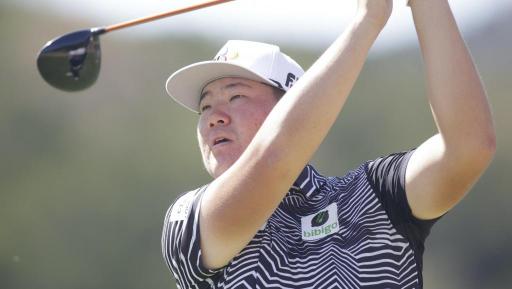 Sungjae Im is a major doubt for next week's PGA Championship after he tested positive for COVID-19 hours before his tee time at a Korean Tour event.

Im, who has been as consistent as ever on the PGA Tour this season with five-top 10 finishes and a T-8 finish at the Masters, flew back to his home country last week.

He was scheduled to peg it up at this week's Woori Financial Group Championship, but was forced to withdraw after a positive test result only a few hours before his first round tee time.

It was supposed to mark the first time he was playing in his homeland since October in 2019.

"Going back and forth between Korea and the United States is not an easy schedule," he told the media in his press conference before the tournament, "but it has been a while since I have played in Korea so I will enjoy it as much as I can and try to keep my form."

His next steps are not immediately clear. If he is forced to quarantine because of the country's health and safety protocols, he would likely miss the second major of the year which begins next Thursday at Southern Hills in Oklahoma.

Last month, a travel advisory was issued after it was determined that South Korea had a "high" level of COVID-19 in the country.

His last event was the RBC Heritage, where he finished T-21st.

At Augusta National, he held the 18-hole lead before Scottie Scheffler claimed his first ever major at the age of 25.

Kramer Hickok is listed as the first alternate to replace Im in the field at Southern Hills if Im cannot play.