Jamal Khashoggi's fiancée reacts to Greg Norman: "It is so hurtful"

Jamal Khashoggi's fiancée has spoken out over Greg Norman's comments about his death. 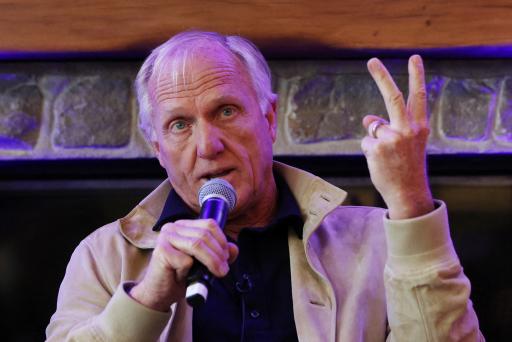 The fiancée of the murdered and dismembered journalist Jamal Khashoggi has described her pain of reading Greg Norman's comments about his death, asking: "Would you say that if it was your loved one?"

Related: What Greg Norman said about the murder of Jamal Khashoggi

As first reported by Tom Morgan of The Telegraph, Hatice Cengiz, who was due to marry the Washington Post journalist, has responded to Norman's "we've all made mistakes" comment when pressed on the topic of Khashoggi.

The Great White Shark, 67, this week hosted journalists to field questions ahead of their first event of the LIV Golf Invitational Series taking place at Centurion.

This was before the news broke that the PGA Tour and DP World Tour had denied their members releases to take part.

Former World No.1 Lee Westwood is among players such as Sergio Garcia and Richard Bland who had applied for releases to compete.

Should the PGA Tour follow through on its threats to ban them if they play anyway then it could spark a legal battle.

Norman has vowed to support players should this happen. "We'll defend you, we'll reimburse your fines and we'll represent you if you want to go down the legal route," he said.

Cengiz told The Telegraph of Norman's comments: "It is so hurtful when Jamal's brutal killing is brushed off as a 'mistake' and that we should just move on. Would you say that if it was your loved one?

"How can we go forward when those who ordered the murder are still unpunished, and continue to try to buy back their legitimacy?

"We should not fall for their wealth and lies, and lose our morals and common humanity.

"We should all be insisting on the truth and justice; only then can we look forward with hope and dignity."

The Telegraph report this statement was released through her lawyer, Rodney Dixon QC, who has been helping her with raising awareness over Saudi Arabia's human rights abuses and failures.

Norman has denied that he is complicit in sportswashing, insisting that he does not answer to the crown prince of Saudi Arabia, Mohammed bin Salman Al Saud.

In full, what Greg Norman said about Jamal Khashoggi's death:

"This whole thing about Saudi Arabia and Khashoggi and human rights; talk about it, but also talk about the good that the country is doing in changing its culture.

On Saudi Arabia had carrying out a mass execution of 81 in one day in March:

"I got a lot of messages but quite honestly I look forward. I don't look back. I don't look into the politics of things. I'm not going to get into the quagmire of whatever else happens in someone else's world. I heard about it and just kept moving on."