Scottie Scheffler has joined Tiger Woods in scouting Southern Hills ahead of the PGA Championship. And he lit the place up. 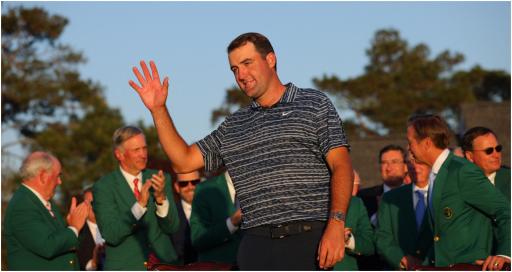 World No.1 Scottie Scheffler has joined Tiger Woods in scouting Southern Hills ahead of the PGA Championship.

And he absolutely tore it up, according to Cameron Chhim, who caddied for the most recent Masters champion during his practice round.

Chhim, who is the Southern Hills assistant pro, told Golf Oklahoma that Scheffler, 25, went low and shot a 6-under 64 on a wet day.

"He played one ball the entire time, no practice putts, and made it look easy," Chhim told the publication.

"He's No. 1 in the world and it was pretty easy to see why. It would be hard to say that he's not going to win or at least be in contention.

"He hits it far enough and he has just incredible distance control with his irons.

"Ryan [Palmer, who played alongside Scheffler] shot two or three under and looked like he was standing still based on how Scottie was playing."

Cchim said Scheffler's proximity to the hole on most birdie putts was around six to eight feet.

He added: "The greens weren't slow, but they were wet. His speed control was good and just took the break out of a lot of them. He looked like he was converting them easily."

Justin Thomas has also taken Southern Hills for a spin.

Woods, 46, previously scouted the course, too. Both Woods and Phil Mickelson look set to play in the next major of the year.

Mickelson would, if he plays, make his first public appearance since going into self-imposed exile in February.

Lefty has reportedly held conversations with the PGA of America about his return.

However, he said that Mickelson would inevitably have to face the media if he does play.

Waugh said that he hopes that it would not be a circus and that after a press conference they could concentrate on golf.

Scheffler is the joint favourite alongside Jon Rahm to claim the PGA.