Tiger Woods takes ice bath, says "ready to get it done" at US PGA

Woods targets a fifth US PGA title and first major victory since the 2008 US Open. 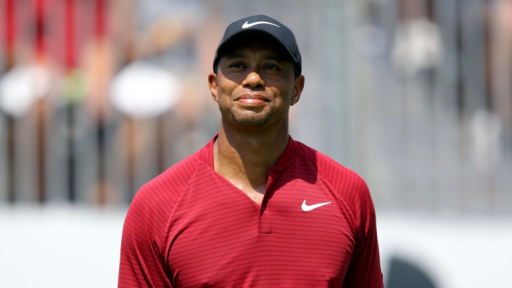 Tiger Woods admits he is "ready to get it done" at this week's 100th US PGA Championship following several recent near misses of a first victory on Tour since 2013.

Woods, who last tasted victory at the 2013 WGC Bridgestone Invitational, has endured a number of close calls this season, none bigger than leading The Open with eight holes to play only to finish in a tie for sixth at Carnoustie three weeks ago.

The 14-time major champion has impressed and surprised many of his peers and critics this season, racking up six top-12 finishes since the start of the year, including a tie for second at the Valspar Championship in March.

But majors are the ones that whet the appetite for Woods, who bids to win his 15th career major at Bellerive this week.

While appreciative just to be back playing good golf and in a fit bill of health for the first time in what seems an eternity, the former world number one also knows he has every chance to land a fifth US PGA title this week.

"Well, just the fact that I'm playing the Tour again, it's been - just for me to be able to have this opportunity again is - it's a dream come true," said Woods.

"I said this many times this year, I didn't know if I could do this again, and lo and behold, here I am.

"So just coming back and being able to play at this level and compete - I've had my share of chances to win this year as well, and hopefully I'll get it done this week."

Woods endured his worst weekend performance at the WGC-Bridgestone Invitational last week. He was pretty livid with himself after closing with consecutive 73s at his favoured Firestone, but he cooled himself down with an ice bath... "to get some inflammation down."

Woods was later asked how many ice baths he's taken this year and exactly where he was feeling inflammation, but he was short with his response.

"Three, and everywhere," he answered.