US Open champion Bryson DeChambeau is unfazed by the R&A and USGA proposed plans to limit distance and driver length. 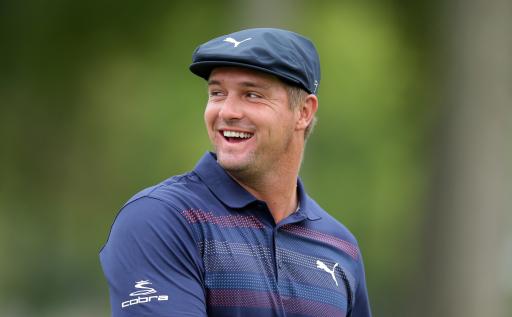 Bryson DeChambeau is in support of the R&A and USGA's proposed plans to change golf equipment in an attempt to limit distance and belives it is "flattering" that the length of drivers may be capped, after he tested a 48-inch Cobra driver in recent months.

The reigning US Open champion has been in a quest for speed and distance and following his victory at Winged Foot, DeChambeau said he would be testing a 48-inch driver with plans of using it on the PGA Tour.

One of the potential rule changes that the R&A and USGA recently proposed was capping driver length to a limit of 46 inches, a regulation that could come into effect sooner rather than later.

DeChambeau is unfazed by the latest proposals and speaking to the media at the Saudi International, the 27-year-old welcomed the possible changes announced by golf's governing bodies.

"I think the most important factor in this whole discussion is that they are focused on keeping the integrity of the game and trying to make it more of a fair playing field while not taking out the human element," DeChambeau said ahead of the Saudi International.

"I'm still playing the 45.5 inch driver and it's suiting me perfectly well. So if someone was trying to go to the 48 [inch driver] for them they could gain six, seven miles an hour pretty quickly and now it's not a possibility.

"And I think it's going to be more difficult for people to gain speed easily. They are going to have to work really hard, just like I have. For me right now, I feel like it's a pretty good advantage from the way I look at it."

Although DeChambeau has been testing a 48-inch driver, the results haven't been successful enough to want to put one in his bag, but the Mad Scientist feels flattered that his distance success has caused golf's governing bodies to limit driver length.

"It's a little flattering in a sense because I did talk about that 48-inch driver for so long, and it just didn't work for me the way I wanted it to," DeChambeau added. "I think it's really cool to see that there's some change off of the conversations that I've had, it's just pretty interesting to me.

"I did work with it quite a bit, but we just didn't have the right heads for me yet at that point in time. We were getting close, but right now it's made the decision really easy on what to do next.

"But again, my driving ball speed is so high that it's tough to get to those speeds with anybody else on Tour unless you're Kyle Berkshire or Justin James or anybody else that's hitting it really far out there."

NEXT PAGE: Patrick Reed on golf rule controversy: "I have talked to Xander Schauffele"