Laurie Canter is in a strong position heading into moving day at the Catalunya Championship on the DP World Tour. 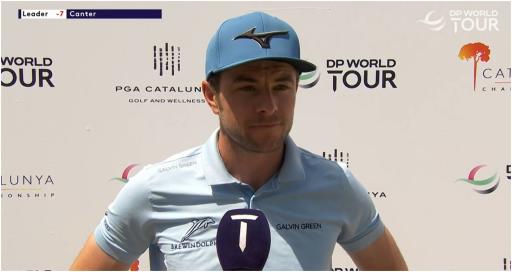 England's Laurie Canter carded a second round of 5-under 67 at the Catalunya Championship.

Canter is right into contention heading into the weekend searching for his maiden win on the DP World Tour.

Before its rebranding, Canter had a few close calls and has been unfortunate not to join the winner’s circle but the 32-year-old says he is feeling "right at home" heading into moving day .

Canter finished one stroke clear of James Morrison while South Africa’s Oliver Bekker is also in the top five.

Canter was a frequent visitor to Q School throughout his career and in fact graduated from this golf course in 2015 and 2016. He is also familiar with Catalunya's Infinitum Course.

He told the DP World Tour: "I feel like I've spent half my life in this part of Spain, between here and Lumine (Infinitum).

"I think I've been to Q School six or seven times.

"I know it well, know a few of the local restaurants, I guess that counts - you feel comfortable.

"I love this golf course, I love the facilities and everything about it. It's genuinely a bit of a privilege to play it. I think it's a really special place."

One highlight of Canter's round was a hole-out from the rough for eagle on the par-four sixth to go with four birdies and a single dropped shot.

"I was in between clubs," he said. "Ended up going with a slightly shorter one, just hoped it jumped out of the rough.

"It came out well and, to be honest, it looked like it might be a bit long but one bounce, two bounce and it disappeared. Obviously delighted for that to go in for eagle, pretty unexpected.

"It's such a long week but to play well and compete you need things to go your way and that was definitely a great break. Hopefully I will have good memories of playing that hole over the weekend."