South Africa's Oliver Bekker will have the lead going into the final day at the 2022 Catalunya Championship. 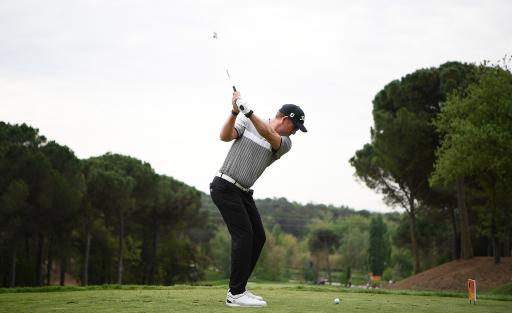 Oliver Bekker will take a two-shot lead into the final round of the 2022 Catalunya Championship as he looks to turn his fine form into a first DP World Tour victory.

The South African had a share of the lead after an opening 66 but entered the weekend one shot behind Englishman Laurie Canter at PGA Catalunya Golf and Wellness.

The playing partners did battle throughout round three and it was Bekker who finished on top, carding a 67 to get to 11 under and sit two ahead of Canter, who signed for a 70.

Bekker has five top-tens in nine starts in his first season with full playing privileges after graduating from the European Challenge Tour.

His third-place finish at the Steyn City Championship was the best of his DP World Tour career but he has seven wins on the Sunshine Tour and now has an excellent platform from which to get over the line in Girona.

Canter is also looking for his maiden win after three runner-up finishes, most recently at the 2021 BMW PGA Championship.

Italian duo Lorenzo Gagli and Edoardo Molinari are at eight under, a shot clear of Kiwi Ryan Fox and Pole Adrian Meronk.

An important up and down at his 53rd hole @olliebekkergolf leads by two with 18 holes to play.#CatalunyaChampionship pic.twitter.com/cx3hdaFZCf

Bekker said: "My short game really got me out of a bit of trouble today on a few occasions and I managed to capitalise on the shots that I did well so, all and all, great.

"That one was big [at 17], that could be a real momentum moment with 18th coming up as well.

"With the storm coming in the wind is all over the place, so to make that putt was really important.

"Tomorrow I'm just going to do the same thing, it's been working for me, I’m not going to change anything. If it’s my day, it’s my day, if not just try to give my best and see what happens."