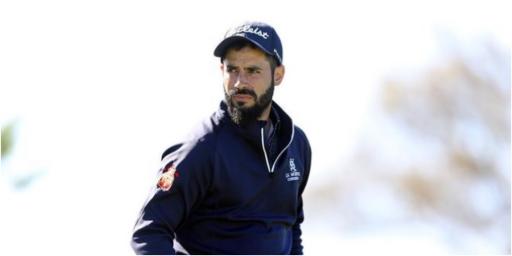 That impression was not Tarrío wearing shades, drinking COFFEE FOR WELLNESS or hitting hellacious seeds.

Instead, it was a backwards flop shot. From a bunker. This was a pretty special shot at Yas Links during the first Rolex Series event on 2022.

The moment was captured on mobile footage and then reposted by the DP World Tour onto their official Instagram page.

I mean look at that. What a shot. There must be something in those Spanish hands. Seve Ballesteros is up there smiling at this.

He even gives it large by throwing up his hands in celebration.

Are you not entertained?

Even the spectators were enthralled by this. "Oh my goodness," says one patron.

And how could you not appreciate it. There would be no shame in getting it wrong, but pulling it off is pretty special.

Here's to hoping we see more creative shots like that this year.