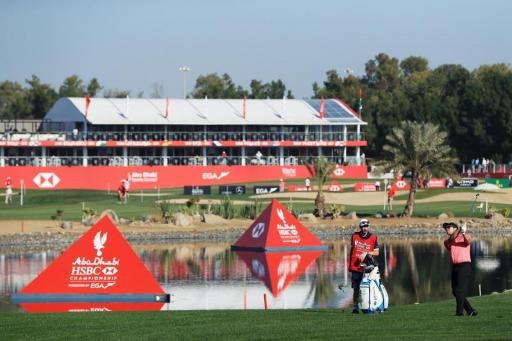 The European Tour may have to seriously consider pulling the "Desert Swing" events over the next three weeks after Iran threatened to "destroy" parts of the United Arab Emirates if there is retaliation for the two waves of attacks they launched.

Following this week's South African Open, the European Tour's "Desert Swing" is scheduled with the first stop being the Abu Dhabi HSBC Golf Championship, followed by the Dubai Desert Classic, with the final stop being the Saudi International in Saudi Arabia.

It was recently reported by NBC News, that the Iranian Revolutionary Guard Corps spoke of the United Arab Emirates as a potential target on Tuesday night, following the missile strikes on a US base in Iraq.

"Iran is warning that if there is retaliation for the two waves of attacks they launched, their third wave will destroy Dubai and Haifa,” NBC News reported.

“To attack more bases in Iraq. To unleash Hezbollah. To unleash shiite militias in Iraq. To attack Israel and Dubai. Making it clear it is ready for a [widespread] campaign if this escalates further with a US response.”

Some of the world's top players are scheduled to play in the upcoming events, including World No.1 Brooks Koepka, with huge appearance fees on offer.

The Abu Dhabi HSBC Championship is a Rolex Series event with a prize purse of $7 million on the line, but Ryder Cup star Bryson DeChambeau has admitted he's not sure whether he will be playing, as he believes that "no American is safe", a statement he made on social media.

The Middle Eastern region is a crucial area for the European Tour's ongoing prosperity and it would be a huge blow if the events were to be cancelled, but Tour officials have stated that the safety of their staff and the players is the number one priority.

A spokesperson for the Tour told Telegraph Sport: “The safety of our players, staff and everyone involved in all our tournaments around the world remains our top priority. The European Tour constantly monitors situations in all our host countries, taking advice from the relevant agencies where appropriate, and we will continue to do so.”