The DP World Tour fined LIV Golf rebels and banned them from participating in certain events on Friday, but what is the consensus of golf fans? 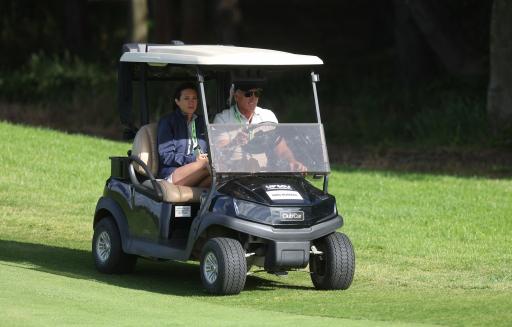 The DP World Tour finally broke their silence today regarding the sanctions on the LIV Golf rebels and they took a similarly aggressive line to the PGA Tour.

Each player who played in the first event of the LIV Golf Invitational Series will be fined £100,000 each and these fines will be used to increase prize funds on the tour and for charitable donations.

Many of the players who teed it up at Centurion Golf Club are also playing at the BMW International Open this week such as Martin Kaymer, Sergio Garcia and Louis Oosthuizen.

Related: Rory McIlroy to Sergio Garcia on LIV Golf riches: "We don't deserve to be paid"

Golf fans have shown mixed opinions across our social media channels. Some fans believe the DP World Tour acted hypocritically as they used to sanction the Saudi International, which became the first European Tour event to be played in Saudi Arabia in 2019.

Some golf fans believe that the DP World Tour has acted fairly as the players continued to participate in the breakaway league, despite having releases rejected.

Here is what some fans had to say:

"Good on Pelley and the DP Tour, this means that these rebels will not be collecting world ranking points, which in turn means that (apart from past Major winners) they won’t qualify to play the majors next year," one fan said.

"The DP World Tour will be affected more than PGA simply because all the guys who can still compete at a lower level on DP Tour and can't make the cut on PGA are away to LIV. Poulter, Westwood, McDowell etc..." one fan commented.

"I find it a bit coincidental that no one has mentioned that DP World is a Dubai-owned company…(merger between Dubai Port Authority and Dubai Ports International) literally the main sponsor of the European tour and everyone talks dirty money with LIV golf…media spin much? another fan said.

"Player quits their job to get another job, old job fines player for getting a new job. Make it make sense," another fan commented.

"Fined for what exactly? Players are allowed to play anywhere in the world. As long as they fulfil their commitments to the tour there is nothing to answer. DP Tour is making themselves a laughing stock as the fine will never be collected," one fan said.

"The Korn Ferry is more exciting to watch than the LIV. It'll burn itself out," one fan commented.