Concerns over a new Covid-19 variant in South Africa have caused many players to withdraw from the Joburg Open this week. 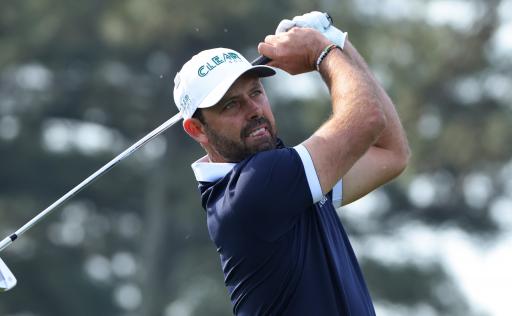 The Alfred Dunhill Championship at Leopard Creek Country Club in South Africa is cancelled due to the travel restrictions caused by the threat of a new Covid-19 variant.

The tournament, which has been won four times by Charl Schwartzel and most recently by Christiaan Bezuidenhout, was scheduled for December 9 - 12.

The tournament was erected in 2000 and was set for its 22nd renewal, however, it has now been cancelled due to 'adverse travel restrictions' that the field will face.

The South African Open Championship, held from December 2 - 5 at Gary Player Country Club in Sun City, will now be staged as a Sunshine Tour event, instead of a co-sanctioned event with the DP World Tour.

This event could potentially keep some European competitors who have committed to the Joburg Open this week, as it includes chances to qualify for The Open Championship and a full prize fund.

The Joburg Open currently on this week has had a number of withdrawals from British and Irish players as they scramble to fly home. This event will continue to play as normal.

Flights to England from South Africa have been placed on the red list. This means that if you arrive in the United Kingdom after 4 am on Saturday, 27 November, you must stay at a managed quarantine hotel.

The Sunshine Tour released this statement:

"The Joburg Open... will go ahead as planned and will finish on Sunday as scheduled as a full co-sanctioned tournament between the Sunshine Tour and DP World Tour.

RELATED: A 14-YEAR-OLD GOLFER JUST MADE THE CUT ON THE ASIAN TOUR

"The South African Open Championship will also still be played as scheduled. However, it will go ahead as a solely Sunshine Tour event with a prize fund of $500,000, with a cut to 65 professionals and ties.

"We have an allocation for 30 players off the DP World Tour.

"The Alfred Dunhill Championship has after lengthy consultations with Alfred Dunhill unfortunately been cancelled due to the adverse effect the travel restrictions will have on the field."