PGA Tour pro Kevin Chappell was denied relief in the third round of the Sony Open. But he demonstrated why knowing the rules is so important. It eventually led to a birdie... 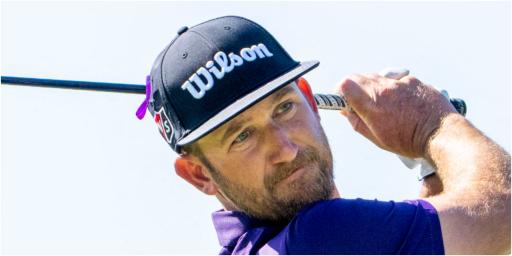 PGA Tour pro Kevin Chappell demonstrated admirably how you can use the rules to your advantage at the Sony Open.

It just goes to show why you should always ask and make sure you understand the rules of golf, even at the pinnacle of the game.

So what exactly happened? Well, Chappell was playing in the third round when his third shot at the par-5 ninth ended up in what seemed like a grassless patch.

He was only 100 yards from the hole and less informed players may have just accepted the unfortunate break and taken their medicine.

Not Chappell, though. His first attempt to get relief came under Rule 16.1 for ground under repair. That attempt? Swiftly rejected by rules official Ken Tackett.

The conversation was picked up and it appeared Chappell asked the official about the cart tracks. "It's not in the tracks," came Tackett's response.

Chappell decided to take another stance - where he was under a tree - in a very muddy area.

Related: Did you know about this unique golf rule?

Related: The 10 basic rules every golfer should know

Of course, players are entitled to relief under Rule 16.1.

Chappell took a stance again and the rules official watched from behind.

Again, he was denied relief. But Chappell was insistent.

He asked the official to look from the side.

And then he had it: success.

Oh, and another bonus for Chappell: he was allowed to clean his muddy ball runder Rule 14.1c.

Tackett later apologised for his initial thoughts, saying he wasn't trying to be quick and he didn't see it from the side.

Chappell eventually hit his shot to about six feet then sank the birdie putt.

Chappell appeared to be down in the doldrums before the Sony Open.

He revealed he thought about quitting the game.

Chappell told the media: "If I’m not meant to play this game any longer, that's fine with me. I'm going to put my head down and play the best I can the next five events."