This is the equipment TaylorMade staffer Rory McIlroy used to claim his 21st PGA Tour victory at the RBC Canadian Open. 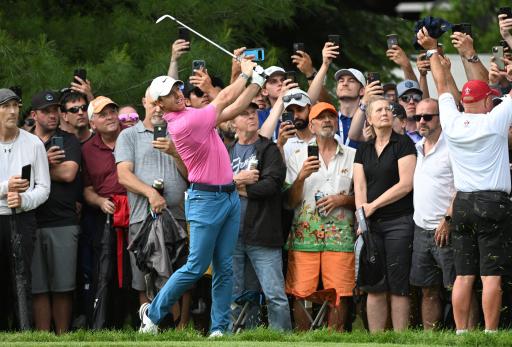 TaylorMade athlete Rory McIlroy overcame a few nerves on the back nine to claim his 21st PGA Tour victory.

Related: Rory McIlroy hits out at wedge critics after returning to the winner's circle

It took longer than expected, but McIlroy, 33, defended a professional title for the very first time at the RBC Canadian Open.

Of course, McIlroy was made to wait a few years before returning to Ontario because the pandemic caused this tournament to be cancelled.

Now he is back in the winner's circle. His win was his second PGA Tour victory of the season. He won the CJ Cup in October.

McIlroy claimed that it was after the Ryder Cup that he hit the re-set button and started to enjoy playing golf a bit more.

Put simply, he just wanted to go out there and play the way he knows how. His win on Sunday was classic McIlroy in full flight.

Of course, McIlroy is a TaylorMade athlete. He penned a mult-year extension with the brand earlier in the season.

This the equipment he used at St. George's last week:

You might notice that McIlroy has changed over to a TP5x. He made the switch ahead of The Masters.

He said of that change: "I just went back to a golf ball that's a little more stable in the wind, a little less spin, so just getting to grips with that again was good. I'm excited about that, I think that's going to be really good for me."

Next page: Rory McIlroy takes a dig at Greg Norman after winning in Canada