Is bifurcating golf's rules really necessary on the PGA Tour?

What do golf's governing bodies do to address the issues of distance in golf? 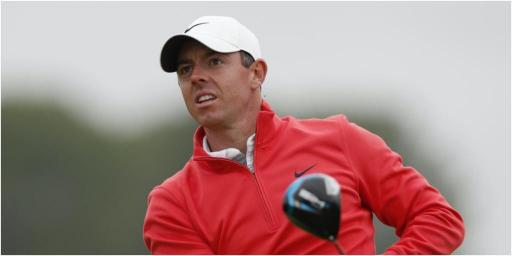 Rory McIlroy had it right when he was asked before about bifurcation in golf.

The golf he plays - with no disrespect intended - is completely different to us perennially hopeless hacks chopping our way around.

McIlroy was last year discussing how golf's governing bodies have attempted to address the problems with its distance issue.

That idea has been discussed in the sport for many years but this year in particular it could gain more traction.

Starting this month, golf competitions can enforce the option of limiting the length of the driver shaft to 46 inches.

That is after the USGA and R&A announced a new local rule after conducting research on distance in golf.

Essentially, this is seen as an attempt to Bryson-proof courses and stop the biggest hitters from over powering layouts.

Phil Mickelson has spoken about this before - and at length - saying how this rule will likely lead to injury and massively affect the amateurs.

If you weren't aware, this all spawned from the R&A and the USGA combining to deliver a distance insights project.

McIlroy has previously called this project as "a waste of time".

Other critics have suggested that classic venues - such St Andrews which is hosting the 150th Open this year - are in danger of becoming obsolete if this were to happen.

So what to do? Clearly something needs to happen considering in 2021, the average distance for driving on the PGA Tour was just north of 295 yards, with a small number of players average over 320.

The average, mid-handicap golfer? The average plummets to approximately 200 yards. It backs up McIlroy's assertion that two very different games are being played.

Do we just accept that players will continuously hit it further and annoy the purists?

Bryson DeChambeau showed us when he smashed his way to a U.S. Open title that length off the tee appears to be dwarfing other elements of the game.

Legendary golfer Tom Watson, who was recently interviewed by Golfweek, had this to say to the publication about distance:

"Last year (at the Arnold Palmer Invitational) when DeChambeau was right here at the sixth tee and television was all over him. He did it not once, but I think twice. That did more for golf than any one thing did last year. So, does it go too far? People love to see the ball hit that far. I love to see it hit that far. If the courses are too short for these guys, then the scores will be lower because of it. I don't have much of a problem with that."

Watson replied simply with the word 'no' when asked if he was a bifurcation guy.

It appears that so far, the European (now DP World Tour) and US tours have been reticent to the concept of bifurcation.

Even the manufacturers aren't too keen on this idea. If you want to play like Bryson DeChambeau then buy his Cobra driver.

Want to strike the ball as pure as Collin Morikawa? Buy some TaylorMade irons.

So where next? Surely it is too far out of the realms of possibility that tournaments invoke a rule whereby players have to use a particular driver specification.

So do they decide to impose a limit on ball specification? The Tour gave players a heads up about the Bryson-proofing driver rule, so it's not hard to imagine of something similar happening if they are to make players use the same ball.

But again, this draws massive issues with manufacturers.

McIlroy previously told the media: "There is something beautiful in our game that everyone is governed by the same set of rules.

"But with where technology has come to I like the idea of bifurcation, because the golf that I play and the golf you play — no offence — are completely different."