GolfMagic readers expressed their displeasure with the ticket prices for the first event at Centurion in the LIV Golf Invitational Series. 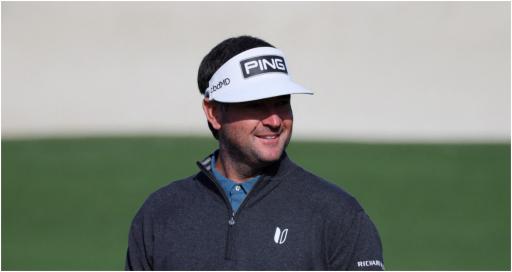 The tickets for the first LIV Golf Invitational Series at Centurion Club in June have gone on sale. And some golf fans have suggested the prices are "absolutely disgraceful".

If you would like to attend the first $25million event on Greg Norman's Saudi-backed league in Hertfordshire, it is going to cost you £67.88 per day.

Three-day passes are available for £179.69 which is £30 more than a general admission ticket for the BMW PGA Championship at Wentworth on the DP World Tour.

You will have to fork out £95 for a daily ticket to the forthcoming 150th Open at St Andrews in July. Still steep to some, but that is a landmark major championship at the home of golf.

At the time of writing, we have no idea what the field will look like for the first event at Centurion Club.

Greg Norman, the driving force behind the league, has claimed that 15 players out of the top 100 in the OWGR will play.

Phil Mickelson, who was recently spotted hitting golf balls again after going into self-imposed exile in February, has asked the PGA Tour for a release to play in Hertfordshire.

If reports are to be believed, the highest ranked player participating will be South Africa's Oosthuizen.

We threw up a post on our Instagram page to see what our readers thought of the prices, and it's fair to say the reaction was fairly one-sided.

There were a few comments defending the pricing, comparing it to the cost of Premier League football games.

What our readers said....

"No intention of ever watching LIV Golf. Certainly not going to buy a ticket!"

"Absolutely disgraceful. It's £5 for the Aramco Team Series. I know which one I'm going to."

"Compared to the football it seems pretty reasonable"

"It won't be long before the big boys show up they won't stand by too long watching average golfers win $7/8million for first place.

"Always dreamed about spending £70 to watch the world number 1000 play. Feel it will really grow the game."