Patrick Reed explains his side of the story after CONTROVERSIAL golf ruling! 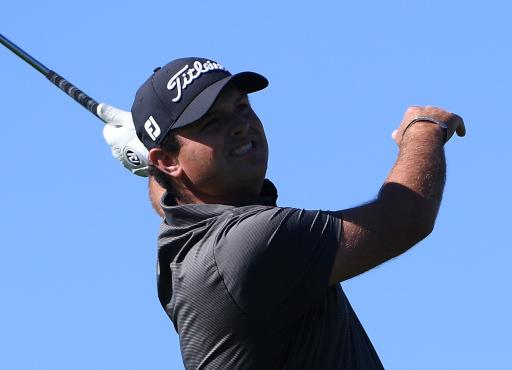 Patrick Reed claims a PGA Tour Rules Official told him he did "everything perfectly" when it came to taking a free drop from an embedded ball on the par-4 10th hole during the third round of the Farmers Insurance Open.

Reed, who went on to card a 2-under 70 to share the 54-hole lead with Carlos Ortiz heading into Sunday, was questioned by CBS Sports' Amanda Balionis straight after the round to get his thoughts what happened on the 10th hole. WATCH the video below:

"Right after we hit the golf shot, we all saw the ball go left - the whole group did - and the ball just disappeared and none of us saw it bounce," Reed told Balionis after his third round.

"Therefore when that happened, I looked at my group and said 'guys, she didn't see it bounce either so I'm going to mark my ball and see if it's embedded. Once I marked it, the first thing I wanted to do was make sure that I got the ball out of my hand - because you know you don't want to clean it or anything as you don't know if it's embedded yet.

"When I put my finger down there and I felt like it has broken ground, first thing you do is call a rules official because you want to make sure it is [embedded]. When the rules official came over and said 'yes, this ball has broken the plane', and with nobody seeing this ball bounce, that is what we all saw.

Reed: "The rules official’s like, ‘Well, since no-one else has seen it bounce and it’s seven people, therefore, you get a free drop, free relief."

If only there had been, I dunno, television cameras whose footage you could ask to review. You know, just to be 100% sure.

"It's one of those things that when we are out there, we can't see everything and when that happens you have to go by with what the volunteers say and what the rules officials say, and when all comes to push and shove, we felt like we did the right thing.

"The rules official said we did it absolutely perfectly. With that being said, we moved on and continued playing."

Co-leader Patrick Reed recaps his third round, including the 10th hole ruling. pic.twitter.com/lgv82A2hlv

As for why Reed picked his ball up before the rules official came over to inspect the "embedded" golf ball, the American said that this is what "every player" would do in such instance.

"When you have three players including yourself and three caddies, and a volunteer within five yards of that golf ball, and nobody says it bounced, you are going to mark and check to see if it's embedded. That's what every player does. If the nobody sees the ball bounce and it looks like it has broken the plane of the ground, you mark the ball and pick it up first.

"When you see it is embedded, that's when you call a rules official over no matter what you're doing, to make sure you're taking the drop correctly."