DJ responds after his shock split with Claude Harmon III. 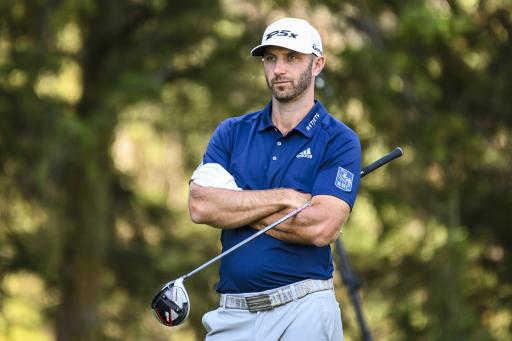 It came to a bit of a shock to us recently when it was announced that Dustin Johnson had split with his long term coach Claude Harmon III, who he has worked with for 12 of his 20 wins over the course of five years.

Reports had claimed that Harmon attempted to reach out to Johnson concerning his work with Alan Terrell, but there was no response. With DJ defending the RBC Canadian Open tomorrow, he has now shed some light on the situation.

In a statement released by Johnson's manager, DJ has said that he will continue to work with Butch Harmon - the father of Claude - via video as he typically sends him swing videos each week, as well as Terrell, who is the director of coaching at the Dustin Johnson Golf School in South Carolina and it was actually he who worked with Johnson at last month's PGA Championship, not Harmon.

Johnson, who will make his first appearance at Hamilton Golf & Country Club this week, said he's looking for a "strong finish" to the season after he has placed second in the first two majors of the year. The last time the U.S Open was held at Pebble Beach back in 2010, DJ held a three-shot lead heading into the final round, until a disaster 11 over final round saw him slip down the leaderboard.

“I feel like I’m rested. I’m mentally sharp, and I’m ready to go for the last push through the end of the year,” he said. “I’ve got a lot of really big tournaments coming up, and for me it’s just about putting myself into position to have a chance to win.”

DJ is the joint favourite to win the U.S Open next week, alongside fellow American and current major monster Brooks Koepka.