"Dustin Johnson WILL WIN his first FedEx Cup this year"

In the latest episode of the GolfMagic chat show we discuss Dustin Johnson's victory at The Northern Trust and who we think will win the second play-off event, the BMW Championship. 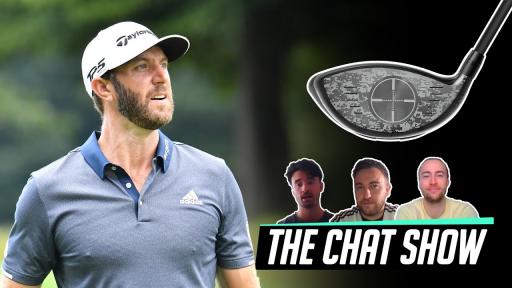 Dustin Johnson looked back to his best last week as he took his PGA Tour win tally up to 22 after destroying TPC Boston to win The Northern Trust. Johnson has accomplished a lot in his career but he's still yet to get his hands on the FedEx Cup, but it's starting to look like this could be his year...

In the latest episode of the GolfMagic chat show, we discuss DJ's win, who we think will win the BMW Championship, plus find out how you can WIN a limited edition Cobra SPEEDZONE XTREME Camo driver! Watch our latest episode in the video below:

DUSTIN JOHNSON BACK TO WORLD NO.1

Dustin Johnson reclaimed the World No.1 spot for the first time since May 2019 after claiming his 22nd PGA Tour title at The Northern Trust.

The win for Johnson also saw him climb to the top of the FedEx Cup standings, where the top 70 will compete at the BMW Championship this week, before the final 30 advance to the season-ending Tour Championship.

When you know you know.@DJohnsonPGA loves the quick tee pick-up. pic.twitter.com/VlDeLj2NEV

It's possible that Johnson's sudden resurgence could have been fuelled by Brooks Koepka's recent comments, who hit out at Johnson for only winning one major.

The pair's relationship seems to be a little rocky as of late, with Koepka suggesting the two have never really been that close, which is surprising given the amount of time the two have spent together away from the golf course in previous years.